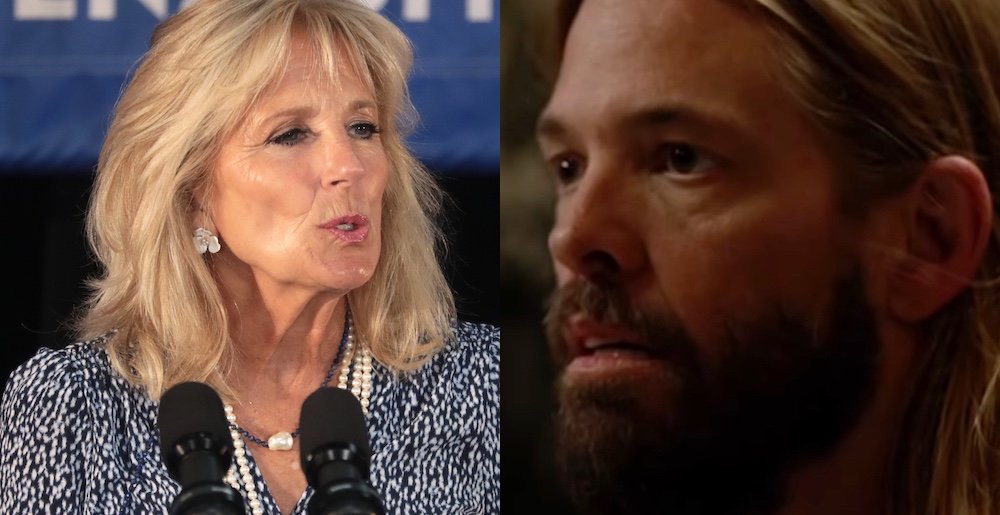 “Sending love to Taylor Hawkins’ family and fans of the Foo Fighters everywhere.”

The acknowledgment comes the day after Hawkin’s death at age 50 on March 25th, as the rest of the music world mourns the loss of one of the most important drummers in history. Several prominent musicians have already paid their respects, but the fact that Hawkins’ death was acknowledged by the most powerful family in the country speaks leagues to who he was as a person and just how far his music actually reached.

The Foo Fighters have shown support for the Democrats in the past, with the band playing the 2012 Democratic National Convention in Charlotte, NC, before a speech by then President Obama. The band also played for Democratic presidential candidate John Kerry in 2004.

Despite tending to distances themselves from a party, Hawkins also said the following about Donald Trump in 2017 in an interview with Onet News:

“An orange, fake haired, tweeting president, who tweets childish remarks about people who say little mean things about him, because that’s where we are right now. It’s a fricking weird freaky time, but it’s really representative of where our culture is right now.”

Hawkins was found dead in his hotel room on Friday in Bogota, Colombia where the Foo Fighters were slated to play Festival Estereo Picnic. Although no cause of death has been officially confirmed as of yet, the initial toxicology report showed that Hawkins had 10 different substances, including marijuana, tricyclic antidepressants, benzodiazepines and opioids at the time of his death.

The one thing that is certain, however, is that the world lost Taylor Hawkins far too soon.

Metal Sucks Greatest Hits
0 -
Editorial: Your Dead Metal Heroes Were No Angels
710 -
Metta Mind Journal with Cynic’s Paul Masvidal: Hair Identity and Being Yourself
0 -
Report: “The Number of Heavy Metal Bands in a Given Country is Associated with its Wealth and Affluence”
0 -
Listen: Every Dillinger Escape Plan Song Played At Once
0 -
Unearth are the Slayer of Metalcore
0 -
Teenage Environmental Activist Greta Thunberg’s UN Speech Turned into a Swedish Death Metal Song