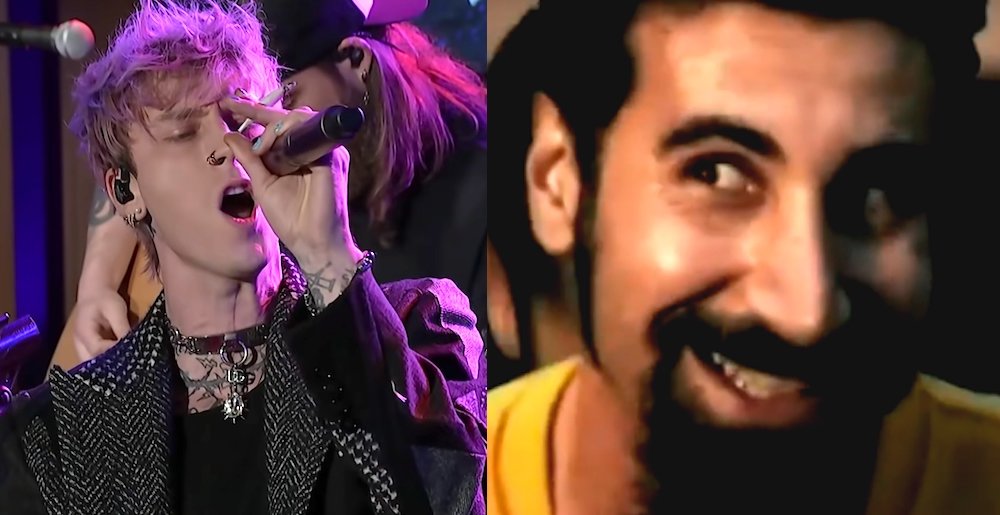 We love April Fool’s Day over here at MetalSucks. Just like how Halloween is for goths the world over, so is April Fool’s Day for content creators with senses of humor — suddenly, everyone wants to write some fake news with a hilarious headline! Unfortunately, we must inform you that rapper-turned-pop-punker Machine Gun Kelly‘s recent cover of System Of A Down‘s “Aerials” is not an April Fool’s Day joke. That shit happened, and was performed in earnest. It’s just so bad that we understand why you might think it was a gag.

I guess the thought that comes to our mind watching this shitshow cover that Machine Gun Kelly performed for Howard Stern is, why pick this song if you can’t sing? That’s the most obvious issue here: Machine Gun Kelly can’t really sing, he just yells. That’s fine for basic-ass pop-punk. But System of a Down’s Serj Tankian and Daron Malakian not only can sing, but they also have an impressive vocal range, which they use to great effect in this song (especially Tankian, whose voice is all over the fucking place on “Aerials”). So why not go with something chiller and easier? You can mostly shout “Chop Suey!” and no one will give a shit.

So far, Machine Gun Kelly has done fine playing to his strengths. Nail polish and photo shoots? Pop-punk without much melody? Insulting old metal bands to captive audiences of young kids? Easy, done, perfect. But covering a very vocally-complicated, very emotional heavy metal song with a cigarette in your mic hand and an acoustic backing band? Too ambitious, man. This track has the third-greatest crescendo in all of metal, and you didn’t even have Travis Barker there to give you cred this time around. Take it easy.

You can watch the cover below.