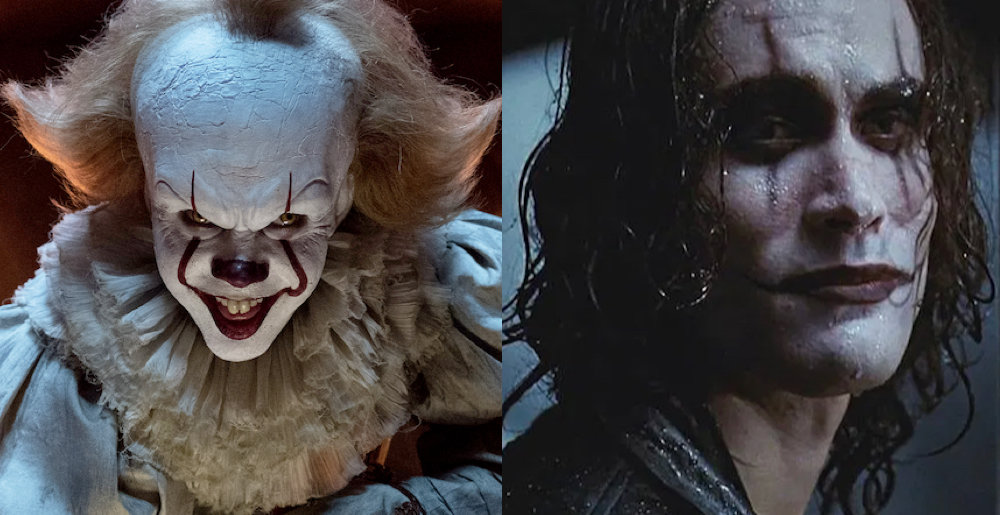 The Guy Who Played Pennywise Is Going to Play The Crow

Man, at times The Crow feels unrescuable as a property. This is in part due to how many people have tried to put their spin on it — remember when Rob Zombie was going to write a version? — and partly because the original film is such a masterpiece of style. Even if you hate it, you can’t deny how iconic the original movie looks and feels. But according to Deadline, it looks like they’re going to try and do The Crow once more — and they’ve tapped Bill Skarsgard, the guy who played Pennywise in the recent IT reboots, to play the movie’s titular character.

For those of you who don’t remember, The Crow is the story of Eric Draven, who’s killed alongside his fiancé by a bunch of gangbangers. He then rises from the grave with the help of a supernatural crow to exact vengeance. We think? It’s basically an EC Comic plot, but reworked to be goth as fuck. It’s based off of a much weirder comic book, and the film was famous in part because Brandon Lee, Bruce Lee’s son who played the title character, was accidentally killed on set.

The movie will star Skarsgard and award-winning singer FKA twigs, which is rad because we really like FKA twigs and think she could add something to this story. Directing the film is Rupert Sanders, who made Snow White and the Huntsman and the whitewashed version of Ghost In The Shell. Writing will be Zach Baylin, whose work we don’t know.

“The Crow is beautiful, dark, poetic and sometimes disturbing. It is a story of love, loss, grief and revenge. It is a great honor to revisit James O’Barr’s iconic comic and reimagine The Crow as a foreboding voice of today.”

So there you go — for all of us who grew up in the goth-choked ’90s, get ready for a new round of The Crow worship among every angsty teen on the planet. Jhonen Vasquez is spinning in his grave.

“I’ve come back seeking revenge for your shitty use of my likeness.”

Metal Sucks Greatest Hits
0 -
Meet Hatebreed’s Smallest Fan
0 -
A Sh*tstain on the Ass of the Universe, #28: Lie or Liar
0 -
Teenage Environmental Activist Greta Thunberg’s UN Speech Turned into a Swedish Death Metal Song
0 -
Missed Connections: You Puked at the Ulcerate Show (M4M – Brooklyn, NY)
0 -
A MetalSucks Exclusive: Return from The Graveyard — King Diamond on His Near-Death and New Life
0 -
The Top Ten YARLERS of All Time