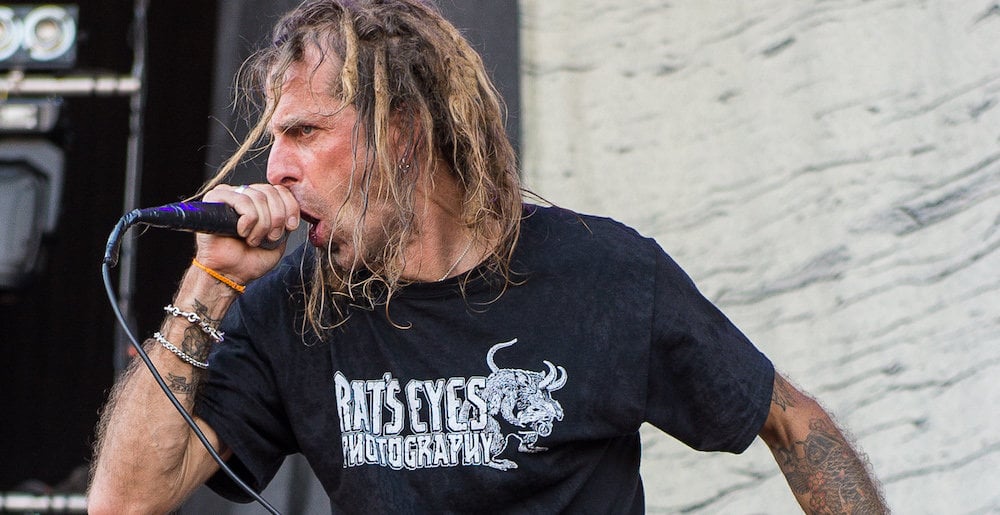 Photo by Stefan Brending, via Wikipedia.

In 2012, Lamb of God vocalist Randy Blythe was arrested for manslaughter upon arriving in the Czech Republic. The charges came from a 2010 show in Prague where fan Daniel Nosek repeatedly rushed Randy onstage; when Randy eventually pushed him back into the crowd, as metal musicians are known to do, he was not caught by security and hit his head, which resulted in his eventual death. After a stay in Czech prison, Randy was acquitted of all charges, and for his part was intelligent and thoughtful about the matter, making it clear that the most important aspect of the event was that a family had lost their son. Now, Randy has said that he’d be down to return to the Czech Republic, but only with the blessing of Nosek’s family.

Speaking with Sirius XM’s Eddie Trunk (as transcribed by Metal Hammer), Blythe was asked about the possibility of returning to the Czech Republic. Randy, ever the kind soul, said the following:

“I don’t rule it out. But it would have to be under the right circumstances. I mean, I’m [legally] allowed to go there. But unless things were worked out in advance with certain people, I think it would be rude to go back there.

“Because if I went back there to play a show, it would be huge news. And there’s a family who’s still missing a son there. So I don’t wish them to be any more upset than they already are; they’ve suffered enough.

“So, if the circumstances were right and we had their blessing or whatever, I wouldn’t mind going and playing a show and then donating the money to charity or something. But other than that, Lamb Of God really has no business going there, if the circumstances aren’t right, ’cause I don’t want to cause anyone any further emotional duress.”

This is the right answer. Once again, Randy has put this family’s pain over his own career and opinions, as it should be. If you’re a rock star in a similar situation as this, be like Randy Blythe.

You can get tickets to see Lamb of God alongside Megadeth, Trivium, and In Flames below:

Metal Sucks Greatest Hits
0 -
Give a Heavy Metal Valentine’s Day Card to Someone You Love
0 -
Science Explains How Metal Singers are Able to Scream Without Damaging Their Vocal Cords
660 -
KNEEL BEFORE THE POWER OF ELEPHANTS MARCHING RIFFS
2760 -
Who Are The Top Ten Lyricists?
0 -
Video: Dudes Rockin’ Out to Van Halen Meet David Lee Roth, Have No Idea Who He Is
0 -
BREAKING: Joey Jordison Back in Slipknot as Percussionist!