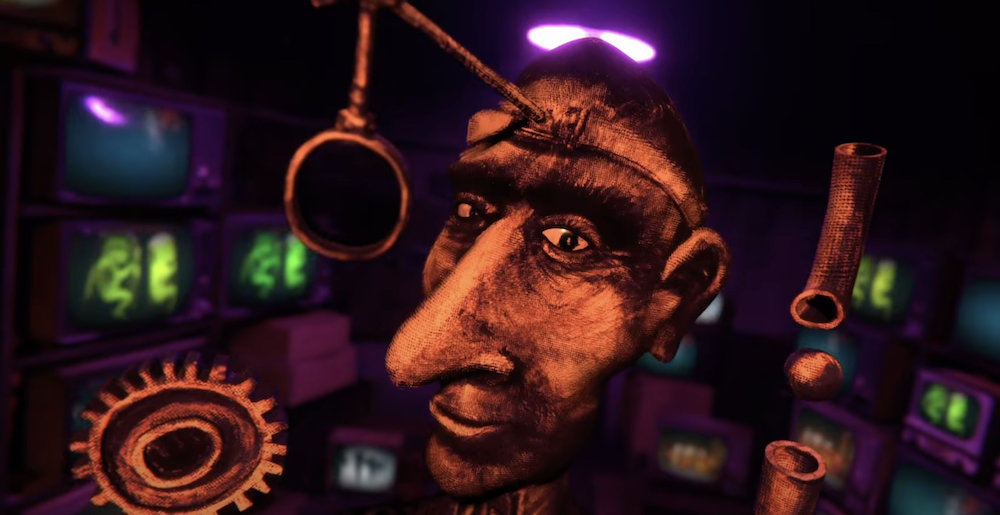 Trends come and go, but Primus stay weird. The undisputed masters of funk-metal — alt-metal? Residents metal? Spunk rock? Skippity riff time? — have stayed relevant and awesome even in their mustached old age. Now, the band have announced that they’re continuing to push their campaign of turning rock into a circus on speed with the announcement of a new EP and the release of its first single.

Primus’ new EP is titled Conspiranoid, and drops April 22 via ATO Records. The first single, “Conspiranoia,” is 11 minutes of music that lies somewhere between Klezmer, funk, metal and bluegrass, and will have fans bouncing in their seats.

Speaking to Consequence of Sound, Les Claypool said the following of the EP:

“I’d been itching to record an opus — basically a long, winding, bastard of a song, reminiscent of some of the compositions I cut my teeth (or ears) on, in my music-hungry adolescence. ‘Conspiranoia’ was sprouted from a seed I had planted in my notebook a year or so ago — a few lines commenting on the mental state of the contemporary world.”

“I watched the distrust and divide grow between friends, colleagues, relatives, and the general population because of the consumption and digesting of disinformation, misinformation, warped information, and flat-out fairy tales being perpetuated by anyone with a slight hint of web design aptitude.”

Check out the track below. Meanwhile, Primus are heading out on the next leg of their tour celebrating Rush, so catch them at one of the dates below:

* with BATTLES
+ with BLACK MOUNTAIN
~ with THE BLACK ANGELS

1. Conspiranoia
2. Follow The Fool
3. Erin On The Side Of Caution

Only Butters is real.

Metal Sucks Greatest Hits
0 -
Verax’s Terrible “Time Wasters” is a Great Waste of Time
3160 -
Down With The Sickness: God Forbid’s Doc Coyle Takes on Mainstream Metal
0 -
The Best Metal Albums of 2013, As Chosen by Metal Musicians Themselves — Part I: Machine Head’s Robb Flynn
0 -
Photos of Metal Musicians When They Were Kids
0 -
The Red Chord’s Guy Kozowyk is a Police Officer Now
0 -
Etienne Sin: What the Actual Fuck