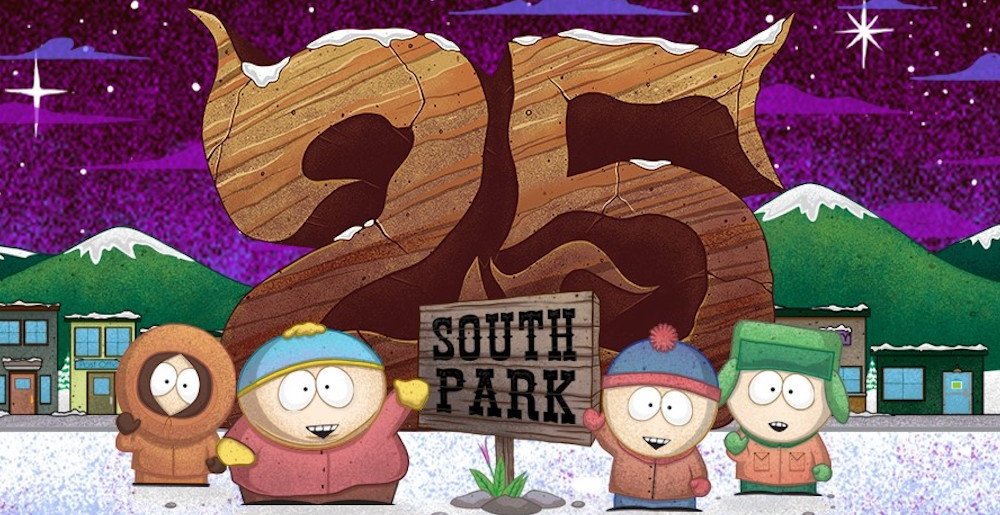 It’s hard to believe that South Park is 25 years old. On the one hand, as someone who was a kid when the show came out, the fact that the revolutionary cartoon has existed for over two decades is kind of ridiculous. On the other hand, it sometimes feel like South Park has ALWAYS been there, every week commenting on whatever had America most in a tizzy at the time. But it has been 25 years, and in honor of that anniversary, the makers of the show are throwing a massive concert at what is arguably Colorado’s most prestigious venue — with some of the show’s most important musical collaborators.

The South Park 25th Anniversary Concert will go down on Wednesday, August 10th, at Red Rocks outside of Denver (for those of you who’ve never been, Red Rocks is a massive amphitheater surrounded by dramatic rock formations, it’s about as cool a venue as you can find). Performing at the show will be alt-metal act and South Park theme song writers Primus and experimental freak-rock band Ween. Also appearing at the even will be the show’s creators, Trey Parker and Matt Stone.

Says Parker of the event:

“We’re so excited to go home and play at Red Rocks, a place that’s been known for hosting the most legendary Artists and Musicians. Until now.”

We’re obviously stoked to hear about this, because we’re big fans of Primus, Ween, AND South Park. It’s also cool that Colorado is down to come out for a show that basically announced to the world that there was more there than meets the eye. That said, we only have one question: how many people are going to get hammered, take their shirts off, get in fist fights, and be dragged out yelling, “OH, I’M SORRY! I THOUGHT THIS WAS AMERICA!’ Because if that doesn’t happen, why even have the gig?

Check out a promotional video for the show below. Tickets are available via the event’s website.

The band’s three-song EP is due out later this month.

Metal Sucks Greatest Hits
0 -
Two Eleven-Year-Olds from Brooklyn Start a Metal Band, Awesomeness Ensues
0 -
Video: Jon Bon Jovi Mangles “Livin’ On A Prayer” During Nashville Show Opener
660 -
KNEEL BEFORE THE POWER OF ELEPHANTS MARCHING RIFFS
0 -
David Lee Roth on Van Halen Brothers: “We Have Always Hated Each Other”
0 -
What is the best subgenre of metal?? *please read*
0 -
A Sh*tstain on the Ass of the Universe, #28: Lie or Liar