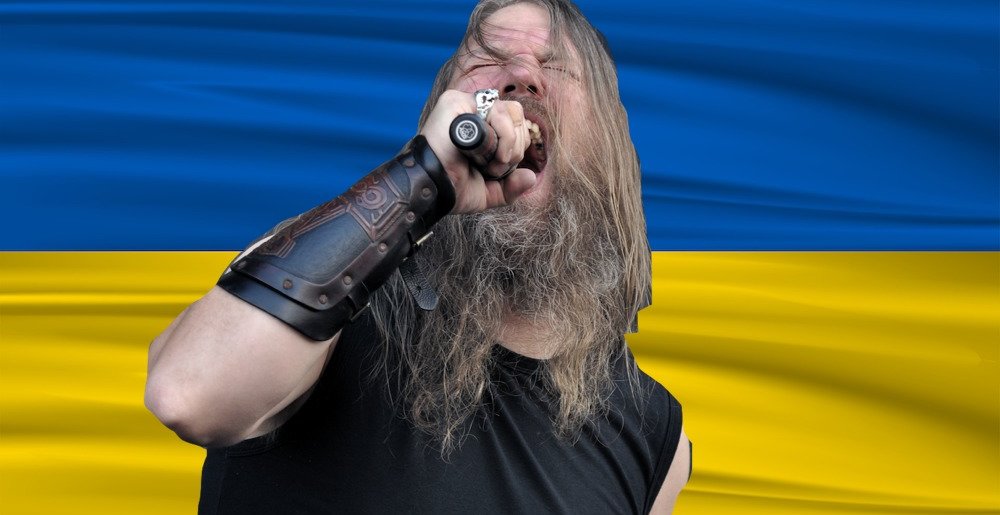 Hegg told Machine Head frontman Robb Flynn about his experience on Flynn’s No Fuckin’ Regrets podcast, as transcribed by our friends over at The Pit:

“Obviously what’s happening in Ukraine is horrible. Me and my wife, we took in a Ukrainian family. We have two Ukrainian women and their children living with us. A lot of people in Sweden have been doing that. It needs to be done. Over 10 million people in Ukraine are refugees, and almost 4 million of them are refugees in Europe now. So obviously they need somewhere to stay.”

Apparently, Amon Amarth has also been raising money for Ukraine by auctioning off rare and valuable merch items:

“Obviously it’s terrible. It’s the biggest refugee crisis since World War II, but we also feel that it’s important not to forget that there are other war zones in the world with loads of refugees. So we decided that we would donate the proceeds [from recent auctions involving rare Amon Amarth merch] to the UNHCR [United Nations High Commissioner for Refugees], which is the UN refugee program, and Doctor’s Without Borders.

“But also since [my wife and I] are big animal lovers, we decided to donate to the International Fund for Animals Welfare. Especially for the situation in Ukraine, where a lot of pets and farm animals are suffering right now and also need our help.”

Check out the full interview below, and catch Amon Amarth alongside Machine Head at one of the following dates:

Metal Sucks Greatest Hits
0 -
Rigged: Nile’s Karl Sanders
2510 -
Rose Funeral: The Uno Incident?
0 -
It’s Time to Stop Thinking of Women in Metal as WOMEN in Metal
0 -
Rigged: Wintersun
0 -
What If Metal Album Covers Were Truthful?
560 -
The Austerity Program’s Justin Foley Wonders: Is It Okay to Listen to Music Made by People Who You Think Are Bad Folks?