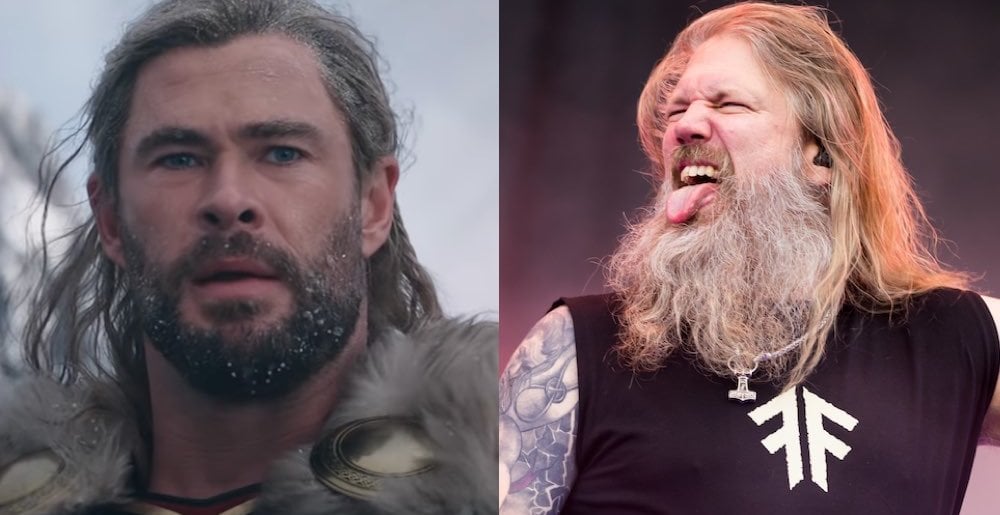 We’re a little baffled by whatever the fuck is wrong with the people over at Marvel. Sure, they’re shaping pop culture as we speak, but seriously: why is there never any Amon Amarth in the Thor franchise? There exists in this world a Viking death metal band who write songs that literally sound like flying through the air towards something that needs its ass beat with a hammer, and instead they just keep loading the franchise with dad rock. Case in point, the studio dropped the first trailer for their latest space Viking epic, Thor: Love and Thunder, and Johan Hegg’s nowhere in sight.

What song does appear in the trailer for Love and Thunder? Fuckin’ “Sweet Child O’ Mine.” Waaack. No offense to the Great Panty Dropper of ’87, but it just feels a little toothless in this trailer, given that this is the story of the Viking god of thunder. And sure, Taika Waititi’s whole thing is making mythological characters relatable and funny, but come on! We want “Free Will Sacrifice!” We want “Death In Fire!” Christ, there’s even a scene where Thor is working out and he looks like Johan Hegg!

Check out the trailer below. Meanwhile, European fans can at least enjoy Amon Amarth live at one of the dates listed below: