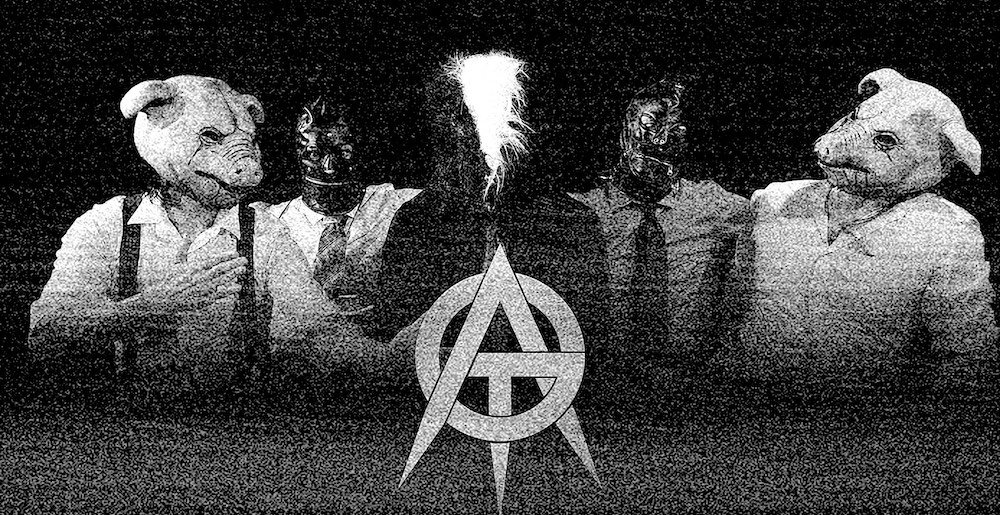 We hear a lot of musicians harping about the ’90s these days while never quite nailing that era’s weirdness and melancholy — and then, there’s A Good Rogering. The Austin, TX, alt-metal crew bring together a beautiful mixture of agro hard rock, weighty groove metal, and strung-out grunge, the result of which is a distilled sense of what ’90s metal was like. At the same time, their complete absorption of these many influences keep them from sounding derivative; instead, one hears in A Good Rogering’s music influential bands that never existed outside of our collective consciousness. That the band have ties to Alamo soundtrack wizards The Invincible Czars only speaks to the width of their musical horizons.

The band’s new album Systematic Paralysis evokes all the patron saints of that wounded, cluttered era. There are heavy doses of Ministry, Prong, and Melvins here, but it’s all mired in the downer of Alice In Chains and The Cult. At any given time, the band is swinging excitingly from road-rash American metal bravado to fuzzed-out British industrial vibes; there’s even a little latter-day Alice Cooper and hitting-their-stride Type O in there for good measure. It’s a lot of fun, and feels oddly familiar even if you’ve never heard of the band before, representing a feeling that maybe exists only in blurred memories of CD booklets.

Check out our exclusive album stream below. A Good Roger’s Systematic Paralysis comes out Friday, April 22nd, and is available for preorder.