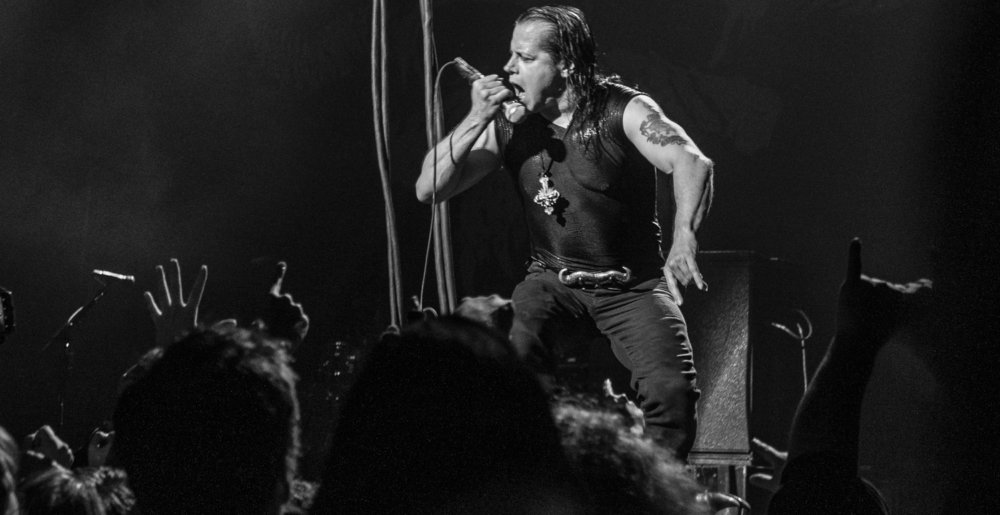 Danzig Says His Upcoming Tour Will Be His Last: “Yeah, I Think I’m Done”

We’re big fans of bands calling it. There’s nothing sadder than watching a musician whose heart isn’t in the game anymore forcing themselves to go out and do something half-assed. So that’s why we have to give props to Glenn Danzig, who recently admitted that his upcoming tour is probably his last. Why? Because he doesn’t wanna do it anymore.

Speaking to Revolver, Danzig noted that his current tour is just ten dates — “It’s not really much of a tour.” Then, he goes on to say:

“I don’t think I’m going to tour anymore. I’m just going to fly out to a show here or there. I’ll maybe be down to do some one-offs. But I just don’t see myself getting on a tour bus anymore.

So no more tours after this.

Glenn then goes on to say that he might not even write much new music anymore beyond his film soundtracks:

“I write songs here and there. Lately, I seem to be writing more soundtrack stuff. I don’t know that I’m ever going to do another album again. I might do an EP or I might just record some songs and put them out for free on the internet. We’ll see. It could be that right now I’m just not interested, and then a month from now I’ll be in the studio. It depends. I’ve got to be excited about working in order to go do it. And right now I’m not that excited.

“It’s a bunch of different things. I’ve been doing it so long, I’ve written so many songs — trying to get excited about it and bringing something new or something cool, it takes a little longer now. The other thing is that people are stealing music left and right. Nobody really buys music anymore. I still go in a real studio to record so I’m not some kid in my living room doing my record.”

Gotta give the dude some credit — at least he knows what he’s about, and isn’t dragging this on after he’s come to dislike it.

Get tickets to see Danzig on his last full-on tour at one of the dates below: