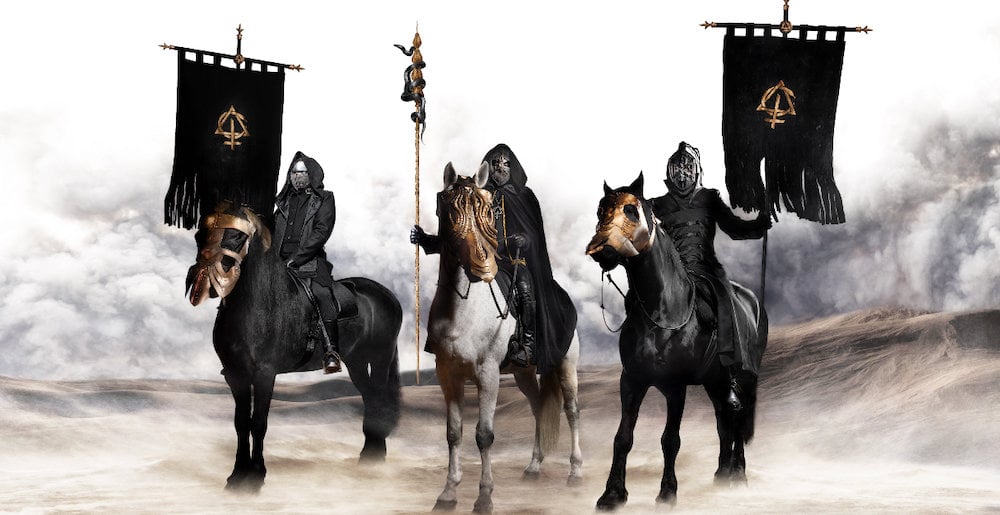 Polish satanic death metallers Behemoth have announced their 12th studio album, and have dropped the first single, a studio recording of “Ov My Heculean Exules,” the song they debuted live last month.

Behemoth’s new album will be titled Opvs Contra Natvram, a title which suggests a return to form for the band, whose last record went with the more colloquial and libertine-leaning I Loved You At Your Darkest. The record drops September 16th via Nuclear Blast, and is available for preorder.

“The album title means going against the current. It’s the negative of the values and morals and ethics that I stand against. I’ve seriously been wrestling with destructive tendencies in pop culture — cancel culture, social media, and tools which I feel are very dangerous weapons in the hands of people who are not competent to judge others. That’s something which I find very destructive and disturbing — and extremely limiting coming from an artists’ perspective. This is my middle finger to that. There’s a song on the record called ‘Neo-Spartacvs.’ Spartacus was one of the most iconic rebels in history who went against the most powerful empire of all time. In the end, it’s me screaming, ‘I Am Spartacus, and so are you!’ I want to spark that flame of rebellion. If something seems wrong then stand up to it!”

You can check out the studio version of “Ov My Herculean Exile” below, which comes via a music video that’s a short period-piece horror story about an evil spirit in a box. Keep scrolling for the two versions of the cover art, followed by the tracklisting.

Metal Sucks Greatest Hits
0 -
France’s Got Talent, too: Beautiful French Girl Performs Heavy Metal Song on TV
0 -
‘Til Death Do Us Part: Metal + Hard Rock Musicians’ Wedding Portraits
0 -
That Time Shaun Got Drunk and Filmed a Music Video with His Cat
0 -
Unearth are the Slayer of Metalcore
0 -
Heavy Metal Kitten Covers
0 -
I Am The Working Class: The MetalSucks Interview with Fenriz