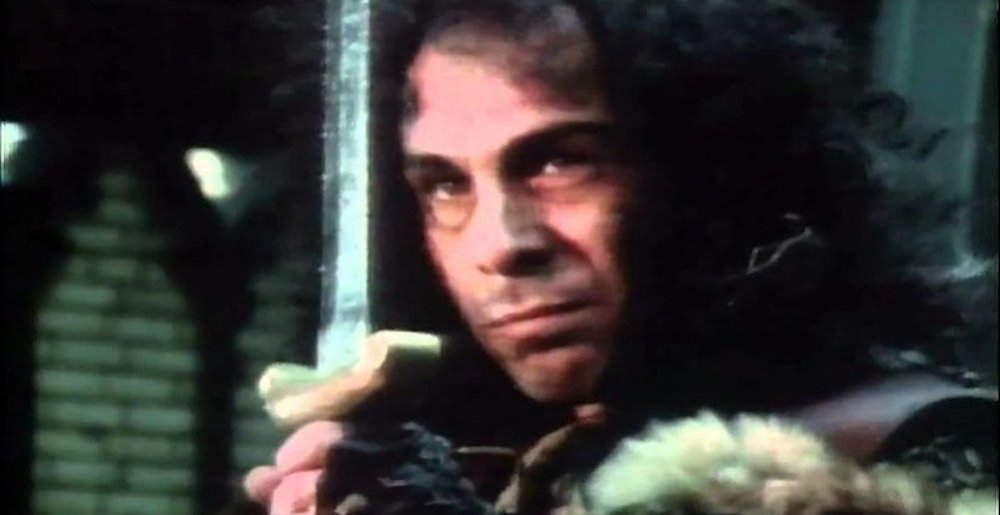 Opinion: Dio Will Always Be the Coolest Metal Singer Because He Never Gave a F*** About Being Cool

80 years ago today, the world was introduced to one of its most legendary singers. But after a battle with cancer, Ronnie James Dio left this plane of existence, leaving behind a collection of catchy-ass songs about dragons, magic, and finding the strength to be one’s best self. And yet, since Dio‘s death, the memorials to him have been limited, and have been focused primarily on the rock and metal world. There aren’t murals to Dio on a wall of every bar around the world. Pop stars don’t rock his shirts and patches in order to display their edginess. Dio, it seems, hasn’t become a symbol of why metal is cool.

And I’d like to take this moment to say, good. Fine. Because in the mind of this fan, Ronnie James Dio was too goddamn good to be cool. Dio never gave a fuck about being cool. He wore fluffy pirate shirts, and sang in a belting operatic voice, and gave us songs about goblins and stone edifices that somehow made us feel seen. He was the best of us, in large part because he let someone else take the ‘Best Of Us’ trophy and brag about how cool they were. He was too busy being metal as fuck to play that game.

If we’re gauging Dio by his pop-culture presence, then his greatest achievement was 1983’s Holy Diver. Nevermind the fact that he made some of Black Sabbath’s best records, and that Rainbow were cool, and that later albums like Dream Evil and Magica featured incredible songwriting on them — Holy Diver is the big one, right? It’s got the big singles with the title track and “Rainbow In The Dark,” it’s got the cover art that everyone recognizes — it’s Dio’s cultural touchstone.

Except Holy Diver is a nerdy-ass, old-school heavy metal album. It’s uplifting and inspiring rather than dangerous or tough. The main riff of “Holy Diver” may hit hard, but the song’s lyrics are all thoughtful, and its video was like a bad LARPing session. Meanwhile, its singles aren’t even its best songs — tracks like “Caught In The Middle,” “Don’t Talk to Strangers,” “Gypsy,” and “Stand Up and Shout” are easily better. This was a metal album so good no one could ignore it, but it was still a straight-up metal album. It didn’t straddle genres, it didn’t change people’s minds about what metal could be, it was just Dio sounding so fucking killer that the world had no choice but to bang their heads in response.

And then you know what Dio did? He left it. The fuck. ALONE. There is no Holy Diver II: Holier Diver. There’s no rerecorded version of the album. Dio didn’t take every album cycle to talk about how recording this one felt like recording Holy Diver did; if anything, he was upfront over being on the face about “Rainbow In The Dark.” He let art be art.

Later, as grunge, alternative, groove metal, nu-metal, and metalcore became the flavor of the hour, Dio did something else rare and beautiful among metal bands: he just kept making his kind of music. There is no song with Dio rapping on it. There is no worm’s-eye-view image of Dio in a flannel shirt and camo shorts sitting on the edge of a stone wall, sneering into the camera. Dio kept making epic heavy metal filled with lush fantasy imagery and overblown metaphors. His legacy is spotless, because there is no moment in it where he catered to what was popular. We’d be hard-pressed to think of another artist who did the same; even Lemmy shaved off the mustache and garage’d it up a bit in the ’90s.

And the reason Dio didn’t have to do any of that was because he was here for us. He spoke to those of us who were into metal because it completed us. He knew that we understood theater and allegory, that we could see our own hearts and dreams inside of the demons and crystal balls he sang about. So while everyone else was trying to act like a hardcore band, showing how they were all about the real world, Ronnie James Dio was letting us know that he understood our world. He didn’t have to be cool, because he was real, and that’s cooler than anything.

Without cool, music is all about love. If there’s no cultural currency to enjoying a band or song, if no one’s going to think you’re sexy or edgy for it, then your appreciation for it approaches something like purity. That is what our adoration for Ronnie James Dio is — a true love for heavy metal music, a devotion to this genre and lifestyle so nerdy and earnest that to hate on it is to reveal one’s self as small and stupid.

Today, on Dio’s birthday, belt his songs at the top of your tone-deaf lungs. Hoist a plastic sword in the air. Say shit like “alas.”

To hell with being cool. Ride that fucking tiger.

Metal Sucks Greatest Hits
2510 -
Rose Funeral: The Uno Incident?
0 -
Phil Anselmo on Hearing the End of Pantera’s “Hollow” for the First Time: “I Was Floored…”
9630 -
Fred Durst: Still a Moron
660 -
KNEEL BEFORE THE POWER OF ELEPHANTS MARCHING RIFFS
0 -
Exclusive Interview: Damien Echols of The West Memphis Three on His Life After Death
1600 -
Varg Vikernes Feels Guilty About Enjoying Sex with Men