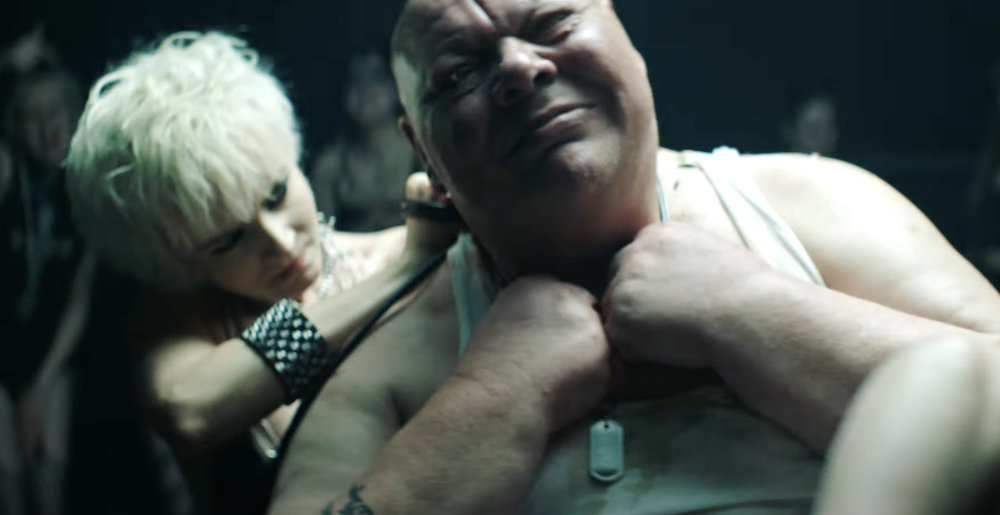 Right now, UK nu-industrial-metal-core band Wargasm are making big waves. The band’s high-octane live show, pounding tunes, and unflinching desire to embrace kink and chaos have endeared them to acts like Korn and Limb Bizkit (with whom they’re currently on tour). Now, the band have dropped a new video for their industrial-heavy track “D.R.I.L.D.O.”, and while you never determine what that’s an acronym for, you definitely get a sense of what Wargasm are all about.

Spoiler: we just had fun in the headline. There’s no drill-based dildo in this video. What fans will get, though, is basically Jabba the Hutt’s death in Return of the Jedi at the hands of the band’s own Milkie Way if the whole thing took place during the opening scene of Blade. But Milkie isn’t alone, as bandmate Sam Matlock also pulps the big bad’s face a bit, all while surrounded by sexy dancing goths. Basically, if you like music to be edgy and intense, and to turn you on a little bit, this is the video for you. If you’re one of those people who keeps your junk firmly under lockdown, look elsewhere.

“It’s a good bridge between the two elements of WARGASM, which are super fun, sexy, and electronic and also fresh and metal. You can clearly hear the both of us. We want there to be two characters in the music. You should have a favourite.”

I’m sorry, Sam, but this is all we think of when we read your name.

Check out “D.R.I.L.D.O.” below, and catch the band on one of their remaining dates with Limp Bizkit:

Sponsored Links from Across the Internet
Show Comments
Related Articles
New Stuff 0
Wargasm Fend Off Zombies With All-Chorus Nu-Metal In Video for Latest Single
July 8th, 2022 at 9:08am Emperor Rhombus

Other openers include $not, we who assume are different from Snot.

Metal Sucks Greatest Hits
0 -
Converse Rubber Tracks x MetalSucks: Everything All in One Place
2780 -
Jumping Darkness Parade: Eyal on Bands That Can’t Duplicate Their Album Live
0 -
Website Photoshops Dogs in Place of Bass Guitars Because Why Not?
1860 -
The Top 25 Modern Metal Guitarists: The Entire List in One Place
2510 -
Rose Funeral: The Uno Incident?
0 -
Sean Z.’s Twelve Inch Face Pubes Win the MetalSucks Best Beard in the History of Metal Bracket!!!