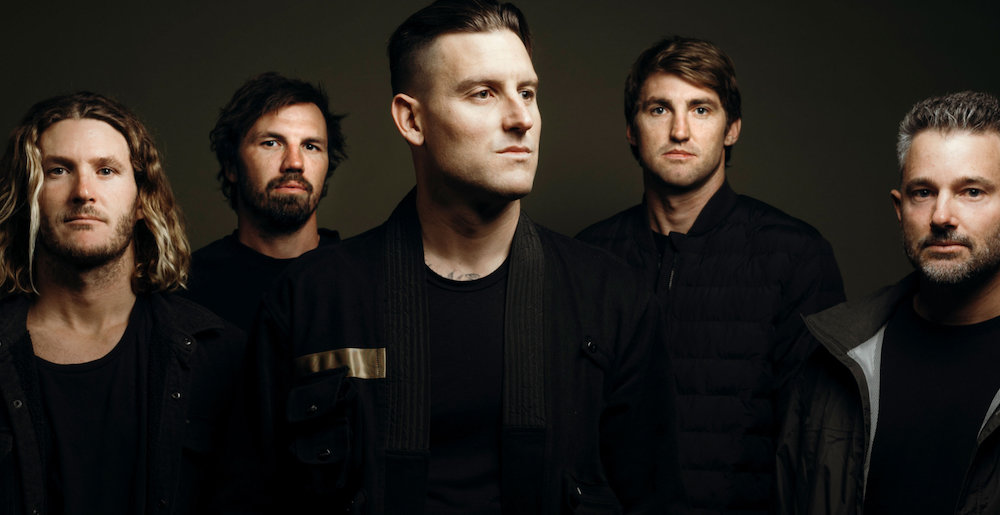 Parkway Drive Release Affirming Statement: “For The Record, We Are Here to Stay”

Early last month, Australian metalcore act Parkway Drive canceled their North American tour, issuing a statement basically saying that the band had taken its toll on them, and that they needed to reassess their priorities. Now, Parkway Drive have issued a follow-up statement in which they make it clear that though they had issues which needed working through, they aren’t going anywhere.

In case you don’t remember, Parkway Drive’s initial statement was long and thoughtful, and included this seemingly worrisome statement:

“We feel the limit has been reached and we don’t want to fuck this up. The same devotion that we have put into everything before, we are now putting into processing what these 20 years have done to us. With this, we aim to grow and return stronger for what is yet to come. We know what we need to do and we humbly ask for your respect while we take this time for the growth that is needed. It has been said that it is better to burn out than to fade away. We do not want either, so know that our return will burn brighter than the past.”

However, here’s what Parkway Drive said via their social media accounts:

“The last few years have been tough on everyone. Having toured non-stop for 17 years, the shut down was a major challenge. While we set our minds on other creative paths, we also gained a greater perspective of the impact this band has had on us. Mental health is an ever present issue within our society and we are no exception. As touring started back up, we found ourselves at a crossroads. Continue down the same path, risk more damage and more than likely destroy the band and ourselves, or take the time needed to do the work on ourselves and heal. We are doing the work and know that ultimately, this was the correct choice. Thank you again for your understanding. At the end of the day, we are all just humans doing the best we can. Be kind, and please speak to someone if you need help.

“For the record, we are here to stay.”

Hey, good for these guys. The initial statement seemed like a pre-breakup announcement to a lot of people. We’re glad that instead, the dudes are making it clear that you can deal with your demons and come out stronger for it.

Sponsored Links from Across the Internet
Show Comments
Related Articles
Tour de Force 0
Parkway Drive to Headline a tour Across the U.S. Next Year
October 25th, 2022 at 4:03pm Hesher Keenan

They’ll be hitting the road with Currents and Memphis May Fire.

According to this video, Parkway got one thing on their mind: ROBES.

The track isn’t THAT huge of a departure for the band, but it’s got a serious nu-metal vibe.