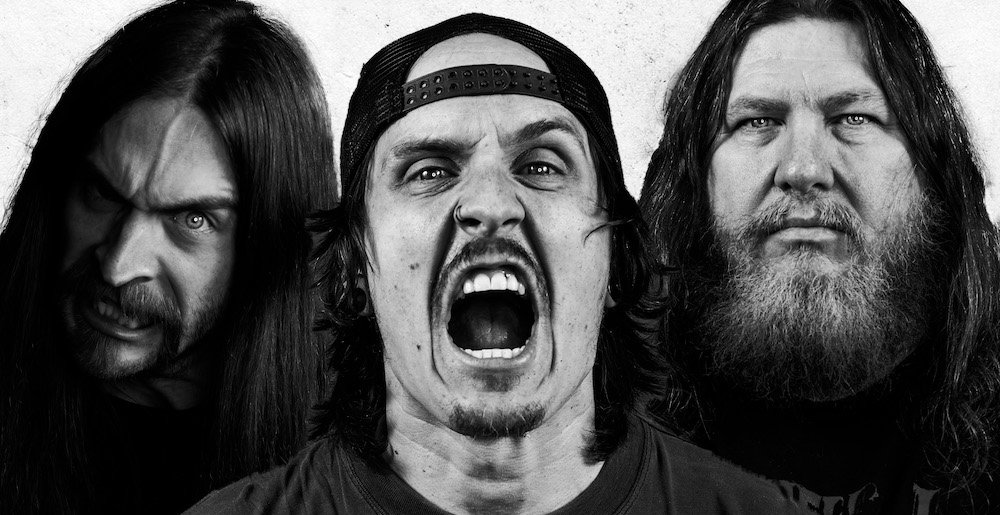 In a death metal scene that can sometimes feel like a zoo, Inhuman Condition make music that sounds like seeing a bear in the wild. The death metal supergroup, whose ranks include members of Obituary, Deicide, and Venom Inc., reap the time-honored and oft-forgotten whirlwind of making straightforward death metal that’s sick, fun, and easy to listen to. Now, with their new album Fearsick, the band are bringing back the arts of terror, brutality, and having an album cover that is absolutely fucking baffling. Is that Sam Neill?

You could call the video for “I’m Now the Monster” performance footage, and that’s sort of right. But the band frame and queue it in a way that makes one flash back to all of the pits of their youth. It also certainly helps that the single itself is exactly the kind of song that gets an entire room bouncing and flailing as one, a steady but accent-studded death metal track like you’d hear when walking into a metal bar. In this way, the song shows off exactly what the band do so well — giving us the straight-up death metal we crave.

‘I’m Now The Monster’ is the epitome of what Inhuman Condition is all about IMO! Sweet riffs that grab your ear, a nice HEAVY groove sets in and then your face gets caved in! Swamp-infused Florida death metal!”

Check out our exclusive premiere of “I’m Now the Monster” below. Inhuman Condition’s Fearsick drops July 15th and is available for preorder.

Your summer just got a lot more satanic.