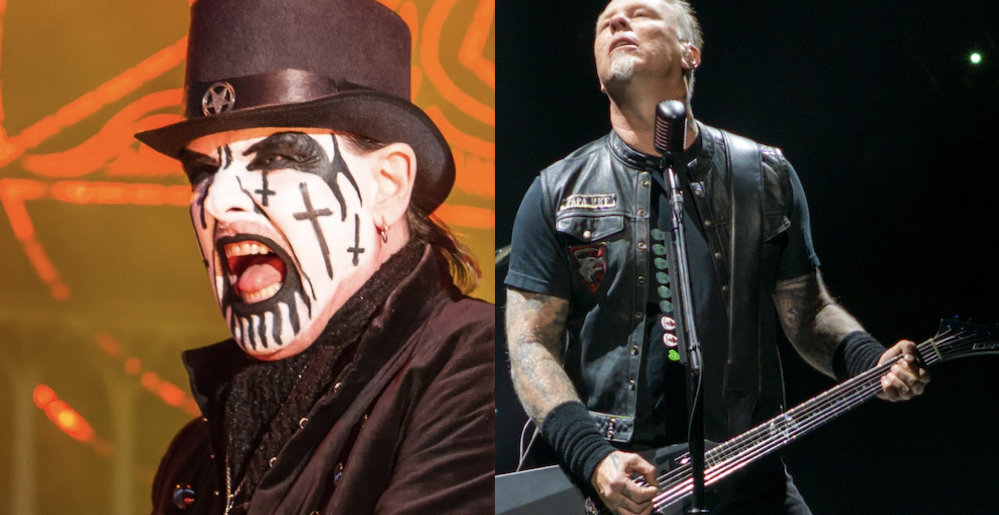 Heavy metal has its fair share of characters but King Diamond stands out even amongst the most colorful and remarkable musicians. As the iconic frontman of Mercyful Fate and the namesake for the band King Diamond, the singer has influenced more bands than could easily be named. And in an interview with Metal Hammer, Diamond named the artist he’s most proud of influencing over the course of his career.

“Oh, there are many, but it has to be Metallica. They are the biggest metal band in the world, and for them to be inspired and to cover some of our songs, it’s a huge honour. Lars [Ulrich] called me from their studio and said, ‘Want to hear something new?’ and he played me their ‘Mercyful Fate‘ medley and told me it was going to be on an album! Blown away. We’ve played it a few times with them, too.”

The question, which was submitted by Twitter user Andrew Kenny, was part of an interview in which Metal Hammer collected submissions from Twitter users and asked the King for his thoughts.

He had more to say about Metallica in the interview, recalling his likeness appearing in Guitar Hero: Metallica, which he described as “surreal.”

“Even though people have filmed shows and I’ve seen myself in videos, it was weird. There was a tiny bit of censorship involved, as you don’t see the cross on my forehead. It was very well done, fun to see, but I never played it myself. My wife got it and played it immediately until she could unlock me. It was just Lemmy and myself, an old friend. That was nice.”

The interview is a fun and lighthearted one, with the King discussing a variety of other topics including the time he met Post Malone, how he started doing his own makeup and the fan who inspired him to use a falsetto.

Metal Sucks Greatest Hits
710 -
Metta Mind Journal with Cynic’s Paul Masvidal: Hair Identity and Being Yourself
370 -
Rigged: Devin Townsend’s Massive Live Rig, Piece By Piece
0 -
Avril Lavigne Must Be Stopped
0 -
Missed Connections: You Puked at the Ulcerate Show (M4M – Brooklyn, NY)
0 -
Ten Reasons Why Record Labels Are Still Important
0 -
A Sh*tstain on the Ass of the Universe, #28: Lie or Liar