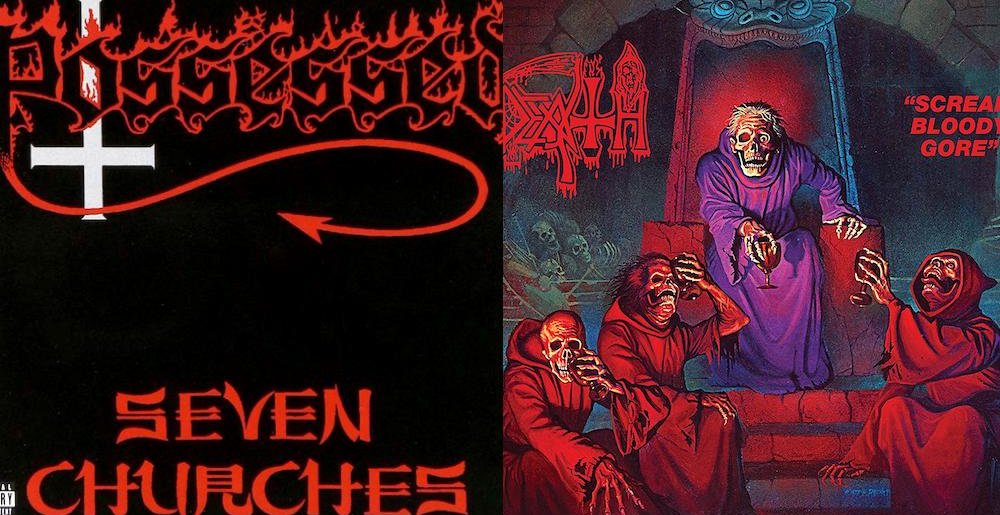 As with any genre of music that’s been picked to pieces by the people it hopelessly completed, death metal has plenty of lore that’s been questioned over the years. And one such question has always been, who was the first true death metal band, with the two sides of the argument usually being either Chuck Schuldiner‘s much-beloved outfit Death, or Bay Area satanic ultra-thrashers Possessed, whose groundbreaking record Seven Churches predates Death’s debut (and actually contains a song titled “Death Metal”). Now, Kam Lee, the drummer for Death’s earliest recordings as well as for Schuldiner’s pre-Death band Mantas, has weighed in, claiming that Death definitely ripped off Possessed — and that he was kept out of the Death documentary for admitting that.

Speaking to That Metal Interview podcast (as transcribed by Blabbermouth), Kam was asked about who the first real death metal band was. And Kam lays it out unequivocally:

“I’ll admit this, and I’ll say this straight out, ’cause I know there’s an argument all the time, who was first — was it Death or was it Possessed? Well, I will tell you Possessed was first, and I will tell you why. Because Chuck heard what Jeff was doing and Chuck wanted to emulate Jeff. I was there — I was there in the beginning.

“There was times when we were living here in Florida before Chuck moved to California, and Chuck and I both started off as tapetraders back in the day. And I remember, if you go back to before we were Death, we were called Mantas. If you look at some of the hand-drawn logos of Mantas, the Mantas logo, there’s the logo with the devil’s tail on it, on the ‘M’. That’s completely stolen from the original Possessed logo, the devil’s tail.

So look, we can hear a lot of folks already rolling their eyes and saying, Who cares who started it, Death was better overall. And that’s an opinion I won’t outright deny.

BUT, I am a diehard fan of Seven Churches. I LOVE that album. So to be that guy, I’m gonna say it: we always knew. C’maaaan, Possessed coined that shit in ’85. They were the OG, still utterly immersed in thrash’s satanic melee. Schuldiner was a great musician, and a dreamer, and one of metal’s timeless heroes who later made the genre his own, but we all know he heard that blistering album and thought, Yup, that’s what I’m gonna do. There’s no shame in being influenced by those before you, but let’s not try to act that Chuck was some fully-formed genius while Possessed were changing the game.

Check out the full episode below, and then go listen to Seven Churches.