Metal Sucks
Metal Sucks 10 Threats to Metal Rated By How Worried About Them We... Halestorm’s Lzzy Hale On Learning to Celebrate Her...
- Tweet SHARE
Enlarge
Br00tal-lists 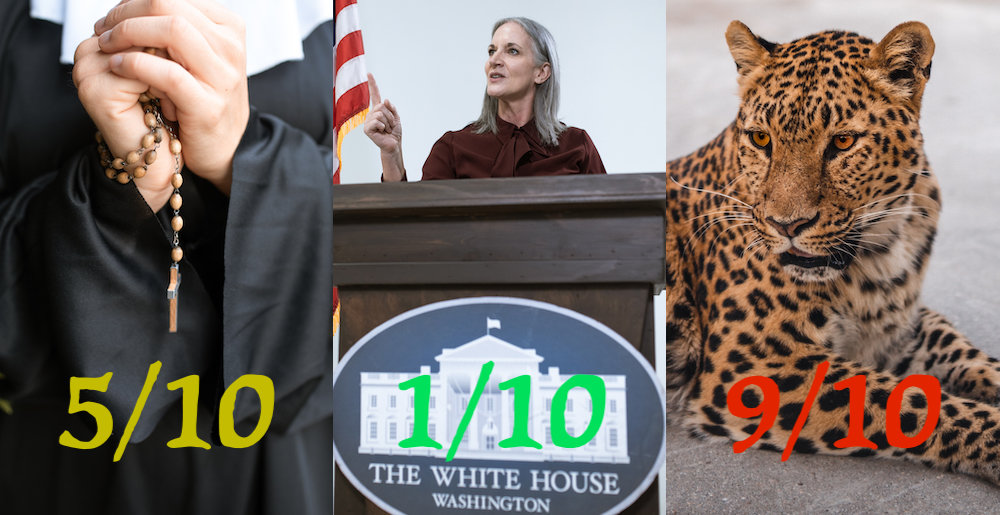 Listen to metal your whole life, and you’ll inevitably hear a lot of lyrics about how people out there are trying to destroy it. About the enemies of metal, who are trying to shut us down, or who say it’s over. And when we hear those lyrics, we usually have a solid idea of who’s being talked about, and we’re usually imagining an Ed Repka painting.

But are these people and institutions really that great of a threat to metal? Should metal fans actually fear them, or is this all a lot of talk? We decided to go through what we often consider the threats to our way of life and rate them by how worried metalheads should actually be about them.

Here’s what we came up with…

On the one hand, every religion will always make a certain percentage of its followers absolutely crazy, leading them to claim heavy metal is blasphemous and evil. On the other hand, metal has become the chosen musical genre of many a blue-collar Christian these days, who like the agro non-satanic metalcore side of things. So it’s solidly down the middle: metal’s oldest foe, to be sure, and always a part of society to be wary of, but not that big a deal.

Other genres of music

It’s funny, because if you read the average metal site’s comments section, real anger is expressed about rap and pop dominating the charts and the mainstream. But when we asked our young readers which modern pop stars they loathe the most, the general consensus was that hating on outside genres is an outdated concept (well, that, a lot of moral grandstanding about how there’s already so much hate in the world, and “Machine Gun Kelly”). So yeah, it seems like whatever’s on the radio sort of passes over metal’s head. A 2 only because if some big-name pop star came out against metal, it’d cause a lot of other dumbasses to do the same (sort of like with religion). But honestly, no one cares.

Now here’s where things get tricky. As someone who’s worked in the YA book industry, one of the things I’ve internalized is that parents will always be gatekeepers for young consumers. So no matter what, pearl-clutching moms and dads will have sway over what a kid can read, watch, or listen to. And while this used to primarily mean Bible-thumping conservative parents – and make no mistake, those motherfuckers are still out there – these days over-sensitive liberal parents who see horror in everything that’s not a phone commercial with clap-whistle music are also an issue. Not all that scary, but an obstacle to be sure.

I like a drink (and a bong rip, and a rail) as much as anyone. Hell, I have a running Beer Metal playlist! But I’ll be the first to admit that nothing is grosser and deadlier in rock music than addiction. While drugs and alcohol are solid ways to numb the pain of being alive, they’re also a well-worn path to the grave if you aren’t self-aware enough to use them right. So hey, drink or do drugs if you want to, just know there’s no such thing as too careful. That stuff can kill you, no question.

Yeah, I think we can all agree that this isn’t even a real thing.

So let’s say “cancel culture” IS real, and IS a problem – and, according to a poll we ran, our readers seem to think it is. The truth is that a) it’s not a new thing – Christian groups have been trying to “cancel” metal for ages – it’s just now a snappy term used for when people get mad on Twitter, and b) all of the “canceled” celebrities out there have gone on to win Grammys, get their lives back, and perform on Slayer’s final tour. So while “cancel culture” may be a bummer, and may stop the occasional near-future tour, it’s really just a strawman concept to describe angry people freaking out on social media.

Times may change, and trends may come and go, but a panther will always fuck your ass up if you’re not careful. While the chances of being mauled by a big cat are slim for your average metal fan, they are never zero, and unlike a religious organization or social media account, when a lynx gets ahold of you, you can’t really just wait it out until they get distracted by someone else. So we have to give these guys a high score, if only because were we to encounter one, we wouldn’t be able to just flip ‘em off until they called the manager. You gotta run from them shits.

It’s funny to think of how many metal albums have a sleazy politician on their cover, because in 2022, the idea that a politician could sway anyone away from metal is laughable. If a politician came out against heavy metal music, it’d almost seem like a wholesome ‘80s Satanic Panic cliche. Metalheads would roll their eyes, and non-metalheads would think, Wow, of all the problems in the world today, you’re focused on METAL? Nothing to worry about.

“The media” is a term thrown around by metal folks a lot, but it doesn’t really have defined parameters in the age of digital discourse and constant information. And that’s kind of why it gets a 5/10 here – because it’s often bizarrely hard to pin down. These days, it’s easy to find out that you’re being dragged on some platform you’ve literally never watched or heard of, but which somehow has five million hardcore followers. You mean like MetalSucks? See, I wrote it before your predictable ass could.

The metal community itself

As this website’s name suggests, we think metal’s greatest foe is usually the one that it sees in the mirror. Between in-fighting, complacency, entitlement, and an odd double-edged sword of hostile aggression and victim complexes, metal will always be at risk of collapsing in on itself in an explosion of crossed arms and crinkled-up noses. Yes, we are a strong community dedicated to an art subculture that we all believe in, but we’re also people obsessed with defining that subculture to the point of taking it personally in an embarrassing way, and that’s always a recipe for disaster. You will always be your worst enemy.