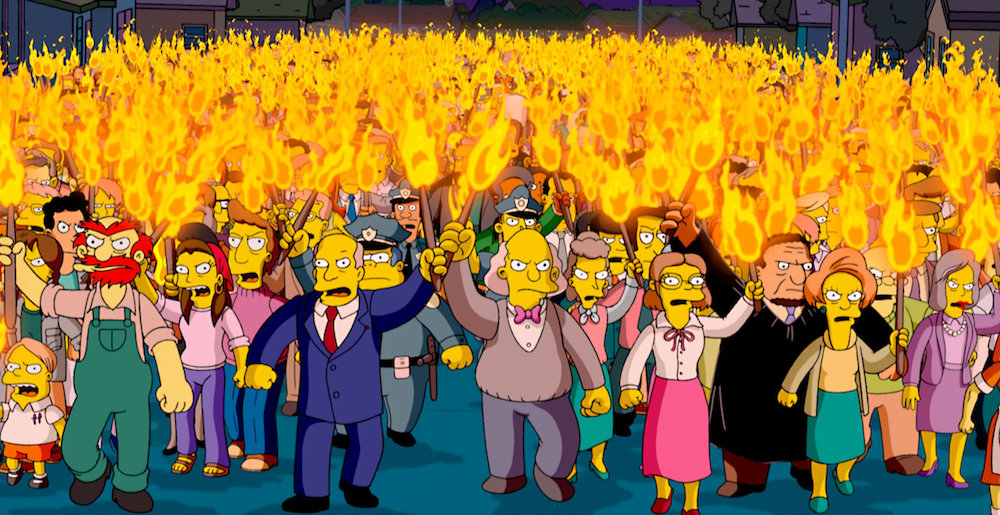 Lately, ‘cancel culture’ has gone from some phrase that ultra-conservatives yell in wrap-around-shades-in-the-front-seats-of-trucks video rants to a hot-button issue that artists are making their priority. Just in the past couple of months, both Polish death metallers Decapitated and massive Polish metal act Behemoth have announced new albums featuring this concept as one of their core components (maybe it’s a thing in Poland?). But for every person obsessed with bringing down this scourge of the Internet, there are a couple more who don’t really believe the phenomenon is real, and think it’s a strawman argument that only exists in the minds of those getting angry about it.

For those of you who somehow don’t know, ‘cancel culture’ is, as far as we can tell, the idea that in modern culture, saying or doing the wrong thing will get you blacklisted by an angry mob of social media users who get angry before thinking critically. This has been used in reference to the recent firings of stars like The Mandalorian‘s Gina Carano, who was let go after she posted something on her Instagram which compared being a conservative in the modern climate to being a Jew during the Holocaust; and shock rocker Marilyn Manson, who was dropped from his label and had professional opportunities taken away due to repeated accusations of abuse and sexual assault which emerged against him.

We honestly fall on the side of not buying into the idea of ‘cancel culture.’ It just seems like public figures are being held accountable for their actions and statements. Meanwhile, no one who’s gotten “canceled” has actually really lost anything — Manson was nominated for a Grammy this year, while disgraced comedian Louis C.K. actually won one. To us, this feels like another outcry of victimization from a body of people who are unused to having the world at large call them on their bullshit.

So we thought we’d ask you: is cancel culture actually a problem? Is it something we need to worry about in the metal world? Let us know below.