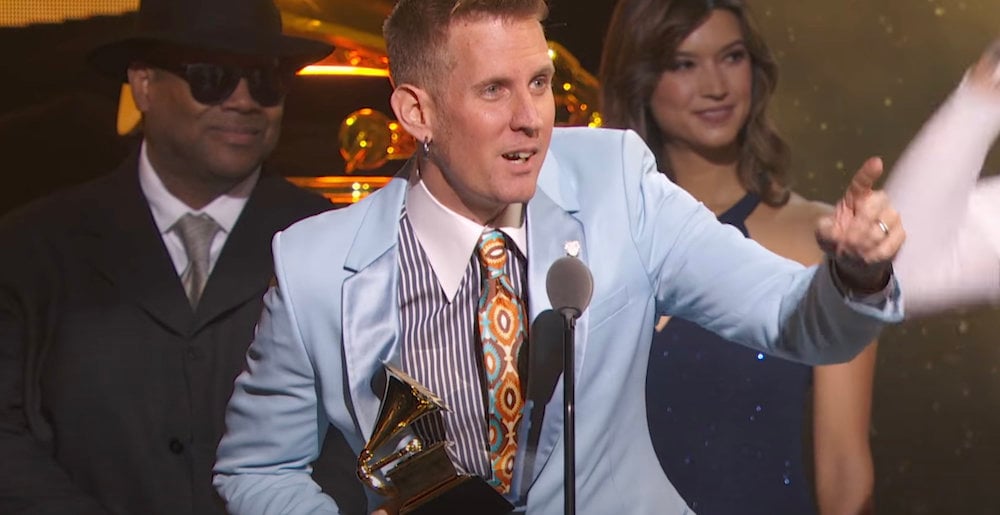 It’s pretty widely accepted by the metal community that accolades and awards are bullshit, even if they’re useful. On the one hand, sure, awards mean more recognition and look good on paper, and that means more opportunities, bigger gigs, all that jazz. On the other hand, whether or not you win or Grammy or get inducted into a hall of fame doesn’t really matter to a grassroots scene that’ll come out to see their favorite bands no matter what. Now, Mastodon drummer Brann Dailor has echoed this sentiment, explaining that while he’s happy to get some big industry award, he’s not hanging his self-worth on that hook.

Speaking to Ultimate Guitar, Dailor was asked what he thought about being given awards for art. Here’s how he responded:

“You know, it’s like when you win an award, you’re like, ‘yeah!’ but when you don’t win, you’re like, ‘I don’t care. I don’t do this for awards.’ And you never do do it for awards. I think it’s kind of weird. I guess I appreciate it to one extent because you want validation for all the hard work you put into your art, but on another hand, I think it may be forced. Like, suddenly someone somewhere decided to start giving out awards and suddenly you want one. They aren’t really that compatible because they’re all subject to tastes and popularity and people’s idea of what good art is. It’s all subjective.

“It’s kind of silly to give awards because it usually comes down to being a popularity contest, which isn’t very indicative of art. Art should just be created by people and displayed if they want to, for people to check it out. Maybe it makes people feel a certain way, is it evocative, is it inspirational, does it make you feel good, is there something visceral about it, are you able to comprehend and understand what the artist is trying to say with their work, and is that even important to you? Do you give a shit? Is it a conversation starter? Does it form relationships? Does it get things moving in the right direction? Does it create common bonds? Is it a part of tribalism? So I don’t know that you can put awards on what art is meant to do. But hey… I’ll take a Grammy, that’s cool.”

That said, Dailor does go on to say that for a band like Mastodon to win the same award as a major pop act was vindicating:

“It was kind of a validation and for me, I grew up watching the Grammys on TV and stuff and seeing Michael Jackson do the Moonwalk and watching Stevie Wonder and all my favorite artists like Metallica go up there. For us, it was like validation that the American dream is still a thing. You can be four dudes in our van with no money, eating bologna sandwiches, playing basements in VFW halls and booking our own tours and sort of doing the whole starving artist thing with not really much of a plan, we were just going up there and playing the music we wrote that we loved. 20 years later we received a Grammy – the same trophy Michael Jackson got.

“So to me, its like, wow, its still doable. You don’t need this massive team of songwriters to make sure you can get one of those things. You see certain pop artists who win a Grammy for one song and there are 50 people on stage with them and its because that’s how many people it took to write that song! They all had to get involved. There are still little bands like us who sit in our little practice space and write music and go record it and, like I said, the American dream is still a possibility.”

Get tickets to see Mastodon later this year on tour with Ghost and Spiritbox at one of the dates below: