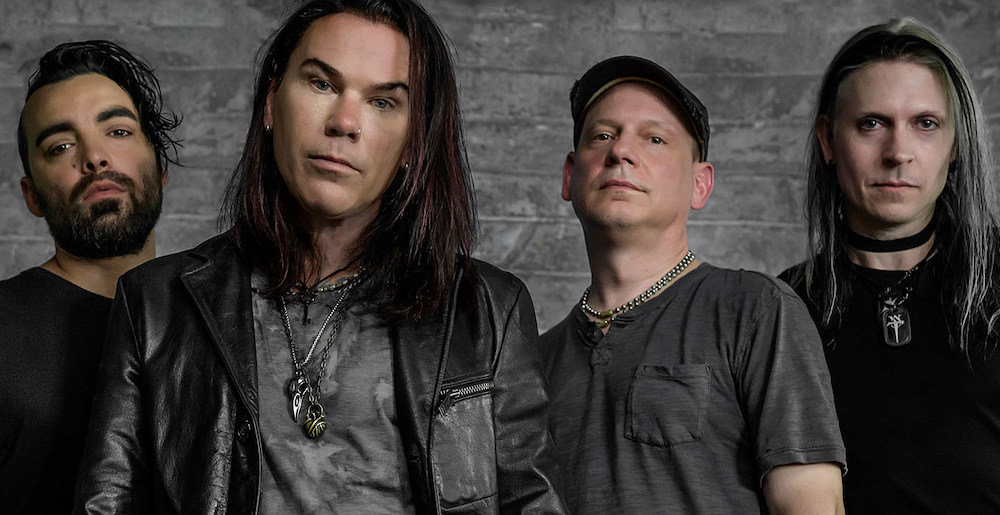 Industrial rock powerhouse Stabbing Westward have been forced to put their touring plans on hold after vocalist Christopher Hall’s announcement that he is battling throat cancer.

On Wednesday night, Hall made a post via the Stabbing Westward Facebook page letting fans know what’s going on:

“I’d like to apologize to everyone who made travel plans to see us in August and September. We’ve had to put those shows on hold while I deal with a serious health issue. I’ve been diagnosed with throat cancer. prognosis is really good but it’s going to involve a couple of surgeries and 6-8 weeks of chemo and radiation. So unfortunately, I won’t be singing anytime soon. I’m hoping to be feeling more human by Halloween and have my voice back by Christmas. So again, sorry for the inconvenience.”

Admittedly, we know more about Stabbing Westward’s music than we do about cancer treatment but Hall’s optimism that he will have his voice back by the winter is reassuring. Cancer is something that no one should have to experience and everyone at Metalsucks hopes that Hall makes a quick and successful recovery.

Stabbing Westward recently released Chasing Ghosts, their first full-length album of new music last year, 20 years after their last long player, Stabbing Westward, was released. Prior to that, they released two EPs—Dead and Gone, which features original material, and Halloween Hymns, which focuses on covers.

Our own Immodest Mouse, who reviewed the album upon its release, praised its strong and catchy songwriting:

“I say ‘return’ because after listening, you might not believe this band hasn’t put out a full-length album in over 20 years. Stabbing Westward, regarded as one of the most catchy industrial rock outfits of the previous quarter-century, have not only developed lyrically and musically, but have also managed to put together a serious, poignant emotional punch to the gut for today’s rock and metal audiences.”

Sponsored Links from Across the Internet
Show Comments
Related Articles
F*ck Cancer 0
Dave Mustaine on Cancer Diagnosis: “It Doesn’t Have Any Power Over Me Anymore”
August 30th, 2022 at 11:55am Hesher Keenan

Love him or hate him, we’re glad he’s been able to beat cancer.

Life is short, yo.

Reviews 0
Stabbing Westward’s Chasing Ghosts Is a 90’s Intervention For an Unspecified Drug Addiction
March 22nd, 2022 at 11:31am Immodest Mouse

The industrial metal staples stage the relapse of the year.

Metal Sucks Greatest Hits
7590 -
If I Read One More Thing About Arcade Fire I Am Going To Puke
0 -
36 Seconds of Hell on Earth: Video from the Guitar Center Grand Opening in Times Square
0 -
Who are teh “BIG FOUR SCENE BANDS”????
850 -
All My Heroes Have Failed Me
0 -
This Very Fat Cat is The Best at Metal Drums
0 -
Rigged: Luc Lemay of Gorguts