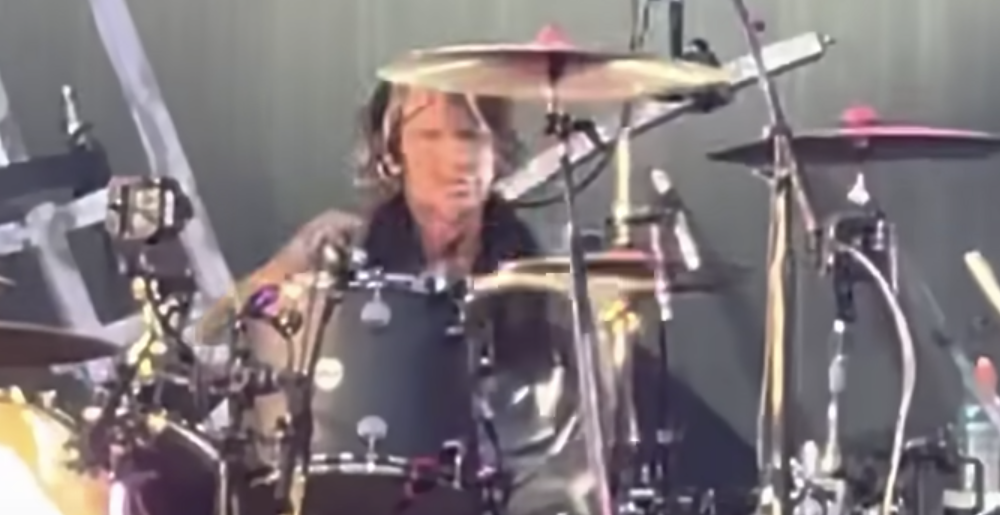 We’re used to singer Vince Neil fucking up his parts while performing with hair metal legends Mötley Crüe, but drummer Tommy Lee is usually on top of his shit. That said, he’s the one who’s now under scrutiny after a video of him using a backing track at the band’s July 19 show has surfaced.

The mishap went down during Mötley’s performance of “Looks That Kill.” Lee is still approaching his kit and getting settled when the cymbals’ count-in can be heard. Lee fails to jump in on time, though he manages to catch himself up pretty quickly.

In Lee’s defense, he broke four ribs in June after falling down the steps and has only been playing a few songs with the Crüe each night on their stadium tour with Def Leppard, Poison and Joan Jett. An injury like that is unbelievably painful, especially when your job is to bash your drum kit for a couple hours every night, and the fact that Lee is getting up there and trying at all is commendable.

The comments section on the original Youtube video is divided on whether Lee used a total backing track or just getting an assist, but the majority seem to agree that he is actually playing at least most of the song, because slight mistakes and inconsistencies can be heard.

Whatever the case, videos from this tour are the best Mötley have sounded live in a while, in no small part to a better-than-average performance by Neil. Check out the next set of tour dates and see Lee’s performance for yourself below.