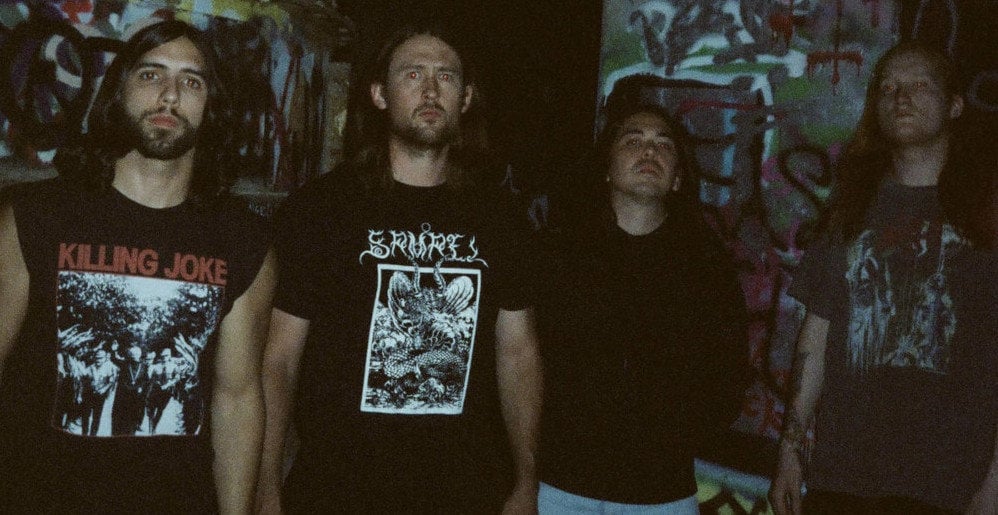 If you’ve been in the mood for a riff-fest to get you through the coming week, then new band Fugitive have got you covered with the sudden release of their debut EP “Maniac.”

This EP marks the first time that Ibanez’s guitar work can be heard on an official release since Power Trip’s 2017 release “Nightmare Logic” and Riley Gale’s untimely passing back in August 2020. To that end, Ibanez told the Dallas Observer that the “thrash ‘n’ roll” band was built on the bones of Power Trip.

I was able to find a niche where it sounds like the stuff that I write for Power Trip, but it’s different, and it’s a different tuning. It opens up some new doors for different types of songs and riffs. It was just kind of like a blank canvas. It was like, no rules.

“Maniac” is currently only available online, but according to the Dallas Observer, the band is currently in discussions with 20 Buck Spin to put it out in a physical format. No further details about that release are available.

In conjunction with the EP’s release, the band announced that they would be hitting the stage at Wrecking Ball Metal Madness in Dallas, Texas on August 13. They join an already stacked lineup featuring Creeping Death, Malignant Altar, Sanguisugabogg, 200 Stab Wounds, Undeath, Vomit Forth, Tribal Gaze, No/Más, and Intoxicated. Tickets for that show are currently on sale.

As for “Maniac,” you can listen to it on Bandcamp and buy a digital copy for $5.

Everyone's Replaceable 0
Here’s Who Max Cavalera Thinks Should Fill Out The Pantera “Reunion” Tour
July 15th, 2022 at 11:40am Em Shadows

The former Sepultura frontman had some interesting picks.

Metal Sucks Greatest Hits
0 -
Two Eleven-Year-Olds from Brooklyn Start a Metal Band, Awesomeness Ensues
0 -
David Lee Roth on Van Halen Brothers: “We Have Always Hated Each Other”
2510 -
Rose Funeral: The Uno Incident?
0 -
Op-Ed: When Did Slayer Start to Suck?
0 -
Anthrax’s Frank Bello is Really Excited to Be Here, Not at All Concerned About Swallowing Bugs
0 -
Review: Megadeth’s Super Collider is a Super Catastrophe