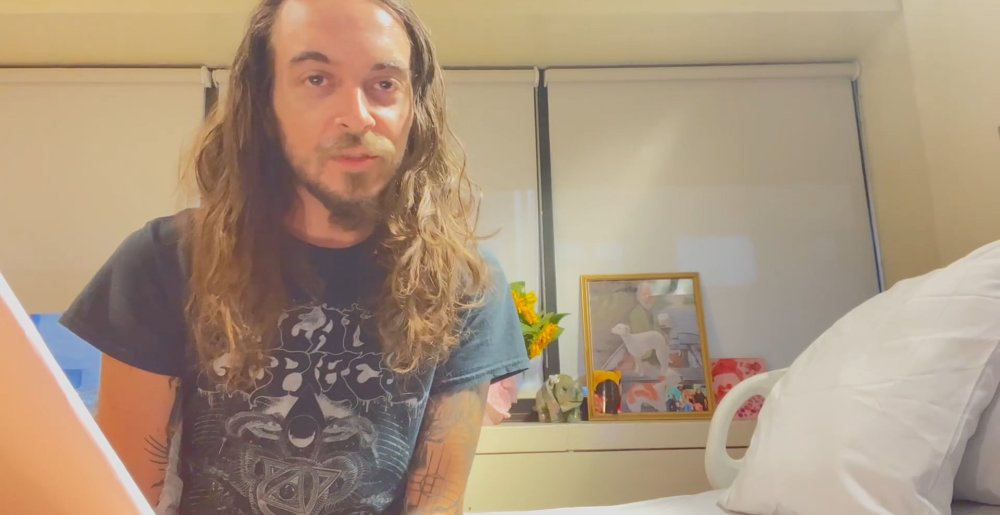 It’s fucking crazy how fast life can come at you. Earlier this summer, Moon Tooth guitarist Nick Lee was hospitalized following multiple seizures. In the short term, that meant the cancellation of a performance they had planned with Cave In, but honestly that’s not important.

What’s important is that Lee is up and talking today and expected to leave the hospital later this week.

More than a month after he was admitted to the hospital, Lee posted a video to the band’s Facebook page showing the fans that he’s in recovery and grateful for the support.

“It could have been a lot worse. I have a lot of some outpatient stuff to do to work on my memory, my voice, and my legs…I can’t send enough gratitude to the people who kept me alive. It’s going to take a little while to get back to where I was playing and hanging and I’m going to be a different person in a way. But this has given me a new lease on life and to just be grateful to be here everyday and doing the things I love and talking to the people I love.”

Over the course of his 31 day stint in the hospital, Lee said he was in a medically induced coma for three weeks while doctors dealt with the cause of his hospitalization — a rare disease called autoimmune limbic encephalitis.

According to the National Center for Advancing Translational Sciences’ Genetic and Rare Diseases Information Center, Lee’s condition occurs when parts of the limbic system and other parts of the brain become inflamed. What can result is “a severe impairment of short-term memory; however, symptoms may also include confusion, psychiatric symptoms, and seizures.” Symptoms can take weeks or months to develop, but can also take shape in a matter of days.

To help with his memory and to keep focused on recovery, Lee said he’s going to be writing out the guitar tabs for Moon Tooth’s most recent album Phototroph and uploading them for the fans.

Speaking of the fans, Lee said he was shocked to learn of the GoFundMe page that was created to help pay for his medical bills. It’s a travesty that he would have to be saddled with extreme health care costs, but this is America. Still, the GoFundMe raised nearly $150,000. It’s a number that Lee said is still hard to grasp.

“I cannot get over the GoFundMe—I still can’t even process it….I love you all and appreciate you all. Thank you very much.”

Nick experienced multiple seizures, and has been placed in a medically-induced coma.

It’s about a flower and it sounds like Coheed & Cambria on steroids. Thumbs up!!!