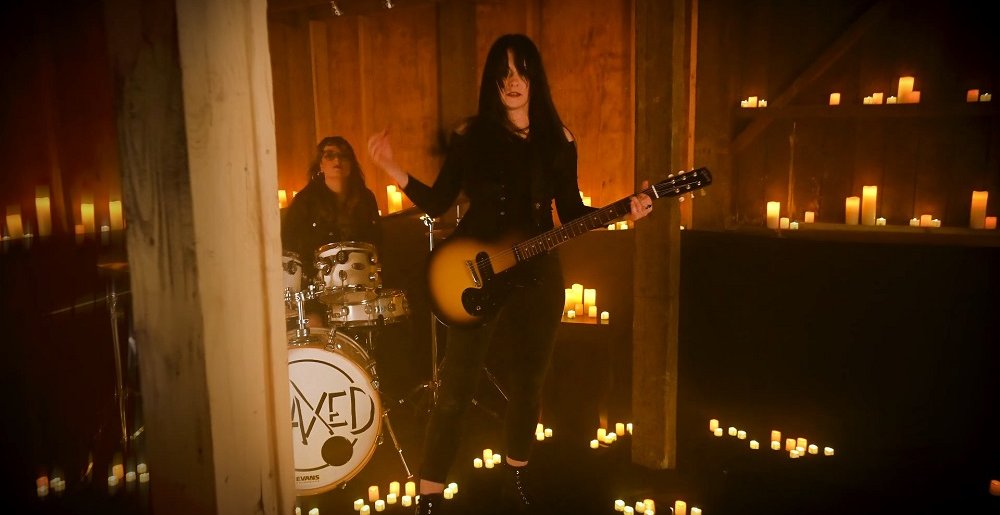 Answer “The Call” With a Debut Track from Hoaxed

It may be hot as Hades out there right now, but soon enough the slow and creeping chill of autumn will be upon us. Why wait for the weather to cooperate when you could instead rock out to the Hoaxed and their new song “The Call,” off their debut record Two Shadows.

Comprised of vocalist and guitarist Kat Keo and drummer Kim Coffel, Hoaxed are a melodic rock band out of Portland, Oregon with some slight twinges of metal, goth rock, and Americana mixed in for good measure.

In particular, “The Call” features Keo’s driving riffs and soaring vocals while Coffel’s rolling rhythms keep the song heading downstream. It’s an easy song to get hooked on. It shows a level of songwriting that’s not typically seen from a group that started just two years ago.

“Two Shadows – an eerie place wandering souls happen upon, a bridge between the land of the living and the unrestful afterlife, where you may suddenly find yourself with two shadows; your shadow and an ominous second shadow.”

Though their start came as a live act, Hoaxed got their break after self-releasing a four-song EP last February. Since then, they’ve signed with Relapse Records and have played with bands like Unto Others, Blackwater Holylight, and Amorphis.

If you dig “The Call” and want to check out more, their debut album Two Shadows will release on October 28, though preorders are currently available today via Relapse Records. You can also pre-save or purchase a digital copy of the album through whichever service you prefer.

Music brought them together, but it was years of jamming and a little luck that led to Two Shadows.