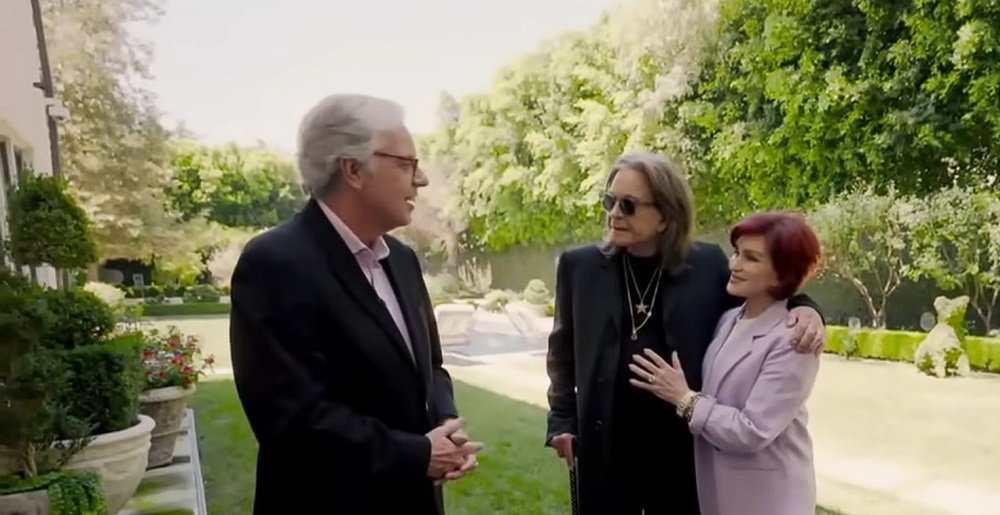 During a recent interview on Good Morning America, Ozzy and Sharon Osbourne talked about a whole mess of topics. From their new show to their plans to move to the U.K. because of gun violence to Ozzy’s health issues. It was a lot to tackle in the five minute clip you can watch below.

But while reflecting on Sharon’s ousting from The View last year, things seemingly went off the rails a little bit and some things were said that sound… kinda bad.

For those that don’t remember, Sharon was fired from The View after allegations came out that she had repeatedly used racists and homophobic language on set when dealing with her co-hosts off camera.

Things came to a head when she defended her friend and fucking asshole Piers Morgan from allegations that his attacks on Meghan Markle were racially motivated. Speaking to that specific situation, Sharon said she was done apologizing for what happened.

“No more saying sorry, ’cause I’m not. Cause I didn’t do anything wrong except ask questions.”

That’s oof number one. Just take the L and move on, but who am I to judge? Then came the idea that even remotely claiming her support of Morgan was racist was an unfair mark against her before saying she had “no regrets” for what was said on the show.

Then came the big’un. Ozzy, who honestly looks like he should be anywhere else than in front of a camera. Maybe relaxing in the English countryside or something. He then steps in it in defense of his wife.

“When you’re accused of [being racist], by saying, ‘I’m not racist,’ it’s like being accused of [being] a pedophile. It’s one of those things now that you — by saying you’re not, they think you are more. It’s like – it’s a stigma.”

……….Ozzy. Come on now, man. There’s a difference between multiple reports that your wife said some shitty things and supported a major piece of shit than actual pedophilia, man. Why go straight to the P-word? Just……..Wow.

Anyways, you can watch the clip below, which is honestly just two old white people complaining about body aches, the shitty state of society, and why one of them can’t say shitty things anymore or they’re going to be deplatformed — even though she’s got a massive platform.

Metal Sucks Greatest Hits
540 -
Worst Year Ever: All of Our 2010 Year-End Sh*t in One Place
2760 -
Who Are The Top Ten Lyricists?
710 -
Metta Mind Journal with Cynic’s Paul Masvidal: Hair Identity and Being Yourself
0 -
Jack Daniels Releases Single Barrel Whiskey in Honor of Motörhead
0 -
Missed Connections: You Puked at the Ulcerate Show (M4M – Brooklyn, NY)
0 -
Exclusive Interview: Damien Echols of The West Memphis Three on His Life After Death