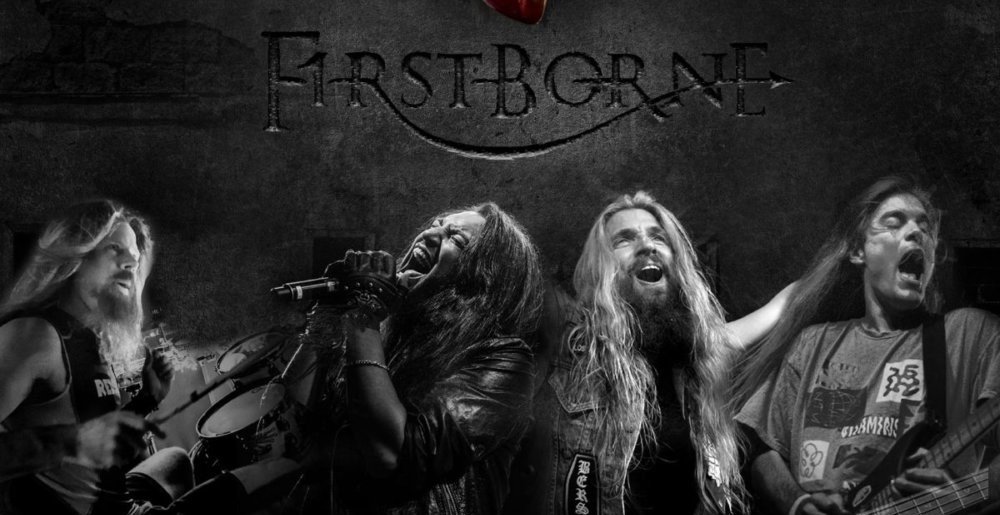 Epic thrash supergroup Firstborne came sprinting out of the gate earlier this week with the release of two catchy, bangover-worthy singles, “Bad Things” and “One Of A Kind.”

Adler said the band enjoys a level of creative freedom that makes being a part of it almost feel like a video game cheat code, explaining that the band intends to release new music at a steady clip.

“We’ve made good use of the time. For the next year plus, we will be releasing a song a month, starting here and now with a one-two-punch. I’m thrilled to be in a creative partnership that can do just about anything. Feels like playing in ‘God Mode’ on Guitar / Band Hero. It’s a passion project, and it’s fun for us to share. Dig in. Or don’t. See you next month!”

Firstborne’s self-titled debut EP came out in 2020 and was Adler’s first release since leaving Megadeth and Lamb of God. It represented several years of material and writing.

“Bad Things” has a classic, nostalgic, ’80’s vibe that immediately becomes an earworm. “One Of A Kind” is more trippy, alternative, and proggy with seriously epic vocals. Both tracks. Both songs are different but classically crushing, getting listeners excited for what’s going to come next. Both songs were self produced by the band with mixing / mastering by longtime collaborator Machine.

Expect new music, videos, merch and more from Firstborne throughout the next year. You can stream and download their discography on Bandcamp here to get familiar with their new and former material.

Metal Sucks Greatest Hits
0 -
Students at British School Sing Iron Maiden’s “Flight of Icarus”
0 -
Hallowed Be Thy Game: Brütal Legend is a Love Letter to Heavy Metal
0 -
Who are teh “BIG FOUR SCENE BANDS”????
300 -
Free Download for Your Listening Pleasure: NYC Sucks, Volume 2, Featuring The Best of New York City’s Metal Scene
0 -
Twelve Reasons Babymetal are the Single Best Thing to Happen to Metal in the Past Decade
0 -
MetalSucks Readers Declare Pantera The Most Unnecessarily Shat Upon Band in Metal!!!