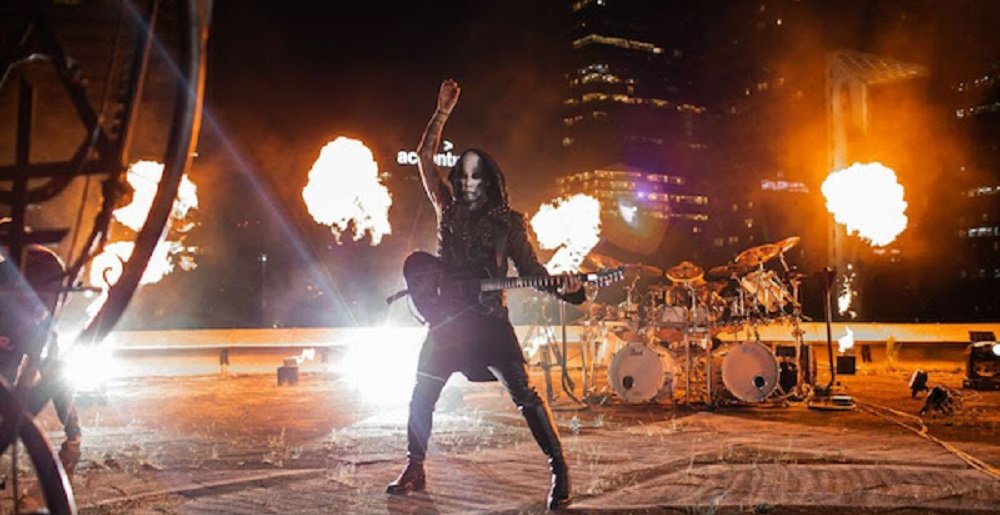 Behemoth to Polish Authorities: Online Performance Thursday is “A Middle Finger to Those Pigs”

Black metal shit stirrers and all around badasses Behemoth are back in a big way, thanks in large part to their killer album Opvs Contra Natvram. With their newest studio offering coming out this Thursday, Adam “Nergal” Darski and the rest of the band announced that they’ll be performing four of the new album’s tracks in a livestreamed concert experience.

Starting at 12 p.m. EST, the streamed event will take place on the band’s YouTube page and will feature the band playing on top of Warsaw’s Palace of Culture & Science. Not only is that the second tallest building in Poland’s capital city and one of the tallest in all of Europe, it’s also a relic from the days that Soviet Russia controlled that part of the continent.

“Legions! We have gathered atop Poland’s infamous Palace of Culture to perform four brand new tracks from our record Opvs Contra Natvram, released this Friday! For a long time, Behemoth have been censored and pursued by the Catholic Church at the behest of our fascist government. This performance, with the backdrop of this building, represents a monumentous middle finger to those pigs and another for Joseph Stalin and his Soviet circle-jerk. Viva Freedom!”

For those not in the know, Poland is an extremely religious country, with nearly 88% of the population self-reporting as Roman Catholic. This has led to some friction with bands like Behemoth, whose more extreme style and visuals fly in the face of the Catholic church.

Behemoth themselves have been the focus of numerous lawsuits in Poland. Just earlier this year, Nergal was acquitted of blasphemy. In that instance, he landed in hot water for using the country’s National Emblem in the band’s merch. He said at the time that his acquittal was a victory against the right-wing of the country.

“3 years ago the first court hearing was held. Eventually we won and were all acquitted. Then, the prosecutor appealed and the appellate court recalled the case to the 1st instance for reconsideration. And now we have been acquitted again! But the story continues, have your fingers crossed. Still, it’s the second battle won in a row!

“ANOTHER battle won! Thank you all who made that happen, thank the Judge for being fair, open minded and reasonable. And brave in such strange times…

You can check out the livestreamed show when it hits at 12 p.m. EST this Thursday below. Opvs Contra Natvram drops September 16 via Nuclear Blast, and is available for preorder.