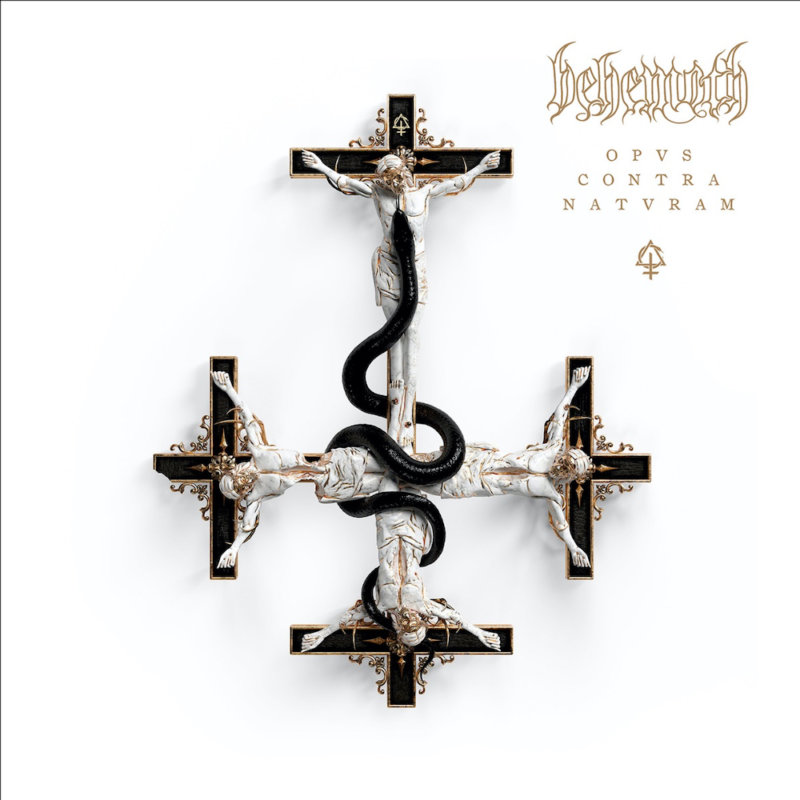 The success story that is Behemoth cannot be understated – the critical and commercial acclaim that they have achieved as an extreme metal band is incomparable. This has always had more than a little to do (read: most if not all to do) with the relentless driving force of Adam “Nergal” Darski, who has steered the ship through Hell and high waters of both personal and external torment to where it is today.

That today is hewn from a foundation of game-changers and bar-setters that peaked most recently with 2014’s The Satanist but have never wandered far from the top of the pile in their 30-year history, their brand of brutalism intact for that entire journey. So, when their 12th effort at the plate Opvs Contra Natvram leads in with “Post-God Nirvana,” which comes as close to mellow as you would ever expect from a band like Behemoth, die-hard fans might already have their torches lit for the mob to storm the gates.

That feeling lasts for about three minutes. “Malaria Vulgata” and “The Deathless Sun” take over by force, switching back and forth between stomping the limbs off of your torso and a much more methodical relaying of the grander theme with an effortlessness that’s close to unfair.

The center of the album is darkness incarnate, the whooping rebel yell of “Neo-Spartacus” crashing into the crushing “Disinheritance” with the sort of earth-shaking heaviness that typifies why Behemoth are the kings of what they do.

The whole experience feels soaked in a traditional black metal sound throughout, an almost muffling griminess that heaps melancholic atmosphere on top of the already dim themes. It peaks in the merciless “Off to War” and fades just enough for “Once Upon A Pale Horse” to fill the space with glorious self-indulgence, a body slam of musical brutality you’ll want to be subjected to over and over again thanks to the groove-laden guitar that’s weaved throughout.

It’s unfortunate, then, that “Versus Christus” feels a little anti-climatic as a closer. That isn’t a fault of the clean vocals and piano work, which add a haunting element of atmosphere to the proceedings, but the whole track lacks a memorable piece to latch on to even at six minutes or so long, which falls flat compared to the scale of what precedes it.

Opvs Contra Natvram could have so easily been lost in what it was trying to do; it’s easy to lose a pound of focus for every ounce of storytelling or message-relaying. No such worries with Behemoth at the helm. This is extreme and introspective in equal measure, handled masterfully from scream to scream and from drumbeat to drumbeat, in a way that only more securely bolts the crown that they forged themselves more firmly onto their heads.

It might not be a game-changer, being as Behemoth as it gets, but the year of metal music might have just found one of its bar-setters.

Metal Sucks Greatest Hits
2760 -
Who Are The Top Ten Lyricists?
0 -
New Candidate for Most Metal Wedding Ever: Bride and Groom Shred Down the Aisle
0 -
50 Metal and Hard Rock Musicians’ Yearbook Photos
0 -
Converse Rubber Tracks x MetalSucks: Everything All in One Place
400 -
Danzig is Just Cleaning Up His Motherf*cking Bricks, Bitch
2080 -
The History of Metalcore/Screamo