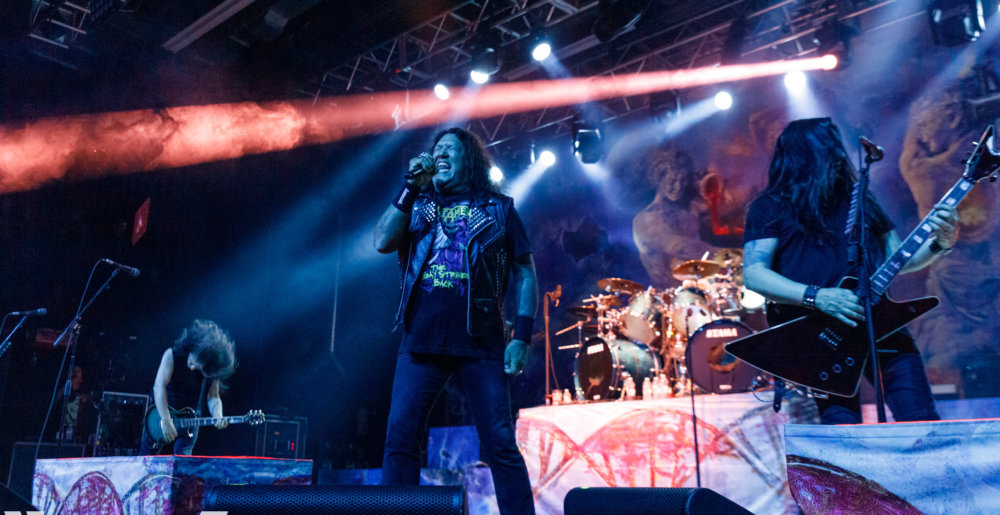 Testament is Looking to Release New Music Next Year

With their latest tour still going strong and Dave Lombardo now officially behind the kit, Testament are a band that’s hitting on all cylinders. With the new year fast approaching, it’s sounding like some new music is becoming an inevitability.

Testament frontman Chuck Billy was recently on SiriusXM’s “Trunk Nation With Eddie Trunk” (transcribed by Blabbermouth) when the topic of Lombardo’s return to the band after his short stint back in 1999 came up and how it’s affected the band’s morale when he let slip that new music is in the cards.

“We had a great time [playing with Dave Lombardo]. I think he really enjoys playing in the band, enjoys the music. And we’re now talking about, ‘Let’s talk about maybe making a new record.’ So hopefully that’s in the future.”

When Trunk pushed to learn more about the potential for new music, Billy said the band was still in its early phases of writing.

“Well, Eric [Peterson, Testament guitarist] has a bunch of music. He doesn’t really like working, putting his head — he’s gotta go all in mentally to create some songs. So after this tour [the second U.S. leg of ‘The Bay Strikes Back’ with Exodus, and Death Angel],we don’t have anything in the books till April. So from November till April, it’s time to get in there and start working on new songs. So hopefully we’ll have a new record out by next year.”

Given Testament’s track record of creating some of the best and heaviest shit among their peers. Whatever they put out next year, it’s probably going to kick some serious ass.

Testament are back out on the road for the second leg of their North American “The Bay Strikes Back Tour” with Exodus and Death Angel. You can catch them at one of the following dates: