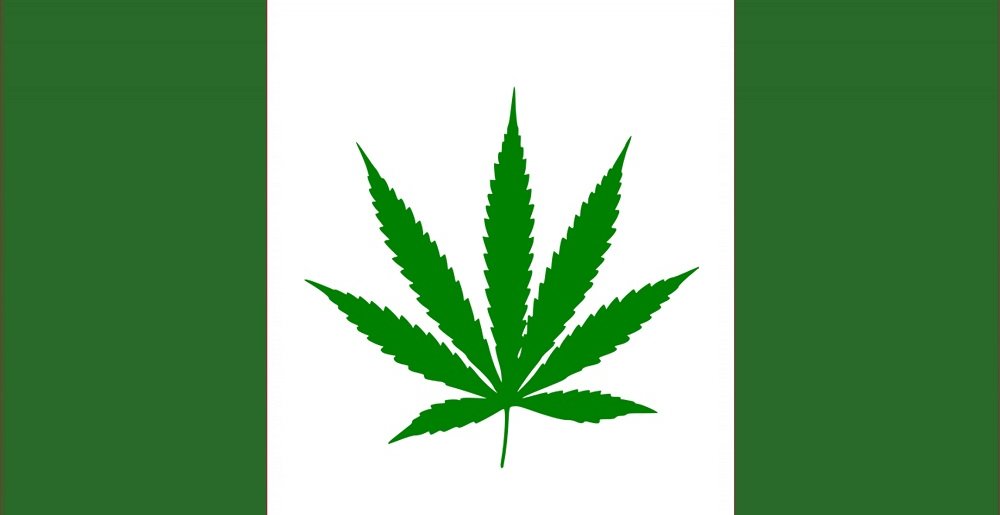 Canada – where weed has been legal since 2018 but the citizens have been smoking it for much longer. Perhaps partly due to weed culture being present north of the border, the amount of stoner bands there is as high as it’s ever been. It’s no surprise though, as bands like Rush and Voivod may have eased Canadians into accepting more psychedelic approaches to music.

Honestly, this list could have easily gone to 100. There’s probably one Canadian stoner metal for every dispensary throughout Canada’s provinces. So, let’s get to joi — I mean point. Roll up a fat one and take in these tasty jams.

British Colombia bud, or B.C. bud as it’s is known around the world, is among the highest quality ganja in the country. Even before legalization took hold, weed culture has long been a mainstay in Vancouver. Perhaps because of this, bands like BORT come from this region often.

BORT has a knack for writing mid-paced crunch-filled songs with vocals resembling Red Fang or The Sword. They may be far from a desert, but the sound of BORT is perfect for a journey into the dunes.

What does that extra letter I in Anciients stand for? Impressive? Impeccable? Interplanetary?

Whichever the case, with an extra vowel seemingly comes extra effort on song building. Anciients brings the riffs in a progressive way, while their vocals switch between death growls and soaring cleans – enough to disrupt you out of your greened-out trip for some serious headbanging.

Vancouver’s favorite sons of sludge, Bison, sit atop Head Smashed In Buffalo Jump as chieftains of the scene who have been through huge tours, major labels and thousands of liters of booze.

The grizzled veterans are still a bit underrated in the scheme of things, as the quality of their releases rivals any band a sludge and stoner fan would have a poster of in their jam room like Red Fang or Baroness. They remain in Canada’s secret stash, but why don’t you take a hit?

Bison aren’t the only Canadian band who pay tribute to the burly, brown furred mammal that is as associated with Canada as the moose or beaver.

We Hunt Buffalo are a Vancouver based “dirty, grimy fuzz rock” band who are heavy on the groove and often pick a few psychedelic fur pieces from their beards to braid into their songs. Get your ass to Head Smashed In Buffalo Jump and turn this up on your headphones.

Squamish, British Columbia’s Hoopsnake are known for their loud-as-fuck live performances where the power has been blown out more than a few times. Their brand of sludgy stoner-doom is as husky as the snow mammoth illustration on their album cover – like a cave man just coming out of

hibernation and grunting about wanting to hunt and kill to provide a meal for his cave-family. Turn it up until your computer speakers blow out.

Black Wizard are another elder band of the stoner scene whom hail from Vancouver. Forming in 2008, they burst onto audio listening devices in 2010 in their self-titled LP.

Since that album drop, they’ve released three more records, with their latest, Livin’ Oblivion upping the speed, with Black Wizard moving their concern to melting faces with songs like “Feast or Famine” – however, they do still melt time with slowed down stoner attributes on other tracks.

The Vancouver stoner squadron continues to grow like a good harvest year on South Park’s Tegridy Farms. Dead Quiet formed in 2014 and quickly released their debut the next year. The band has a knack for utilizing keyboards/organs to give their heavy riff salad an extra kick of rich flavor. Big, anthemic sounds here – anything but dead quiet.

Imagine an asteroid made of weed… Hashteroid are yet another band set on turning the Vancouver skyline into a green haze. Musically, they have a Fu Manchu vibe – just imagine those vans on their album covers hitting the night skies instead of the road.

In 2021, they contributed a song to the Weedian compilation Trip to Canada, which features even more stoner bands from up North than are mentioned here.

From Victoria, British Columbia, the band formerly known as Siamese Mistress morphed into Mendozza in 2005 and have since left plenty of barns burnt in their wake.

The band has an abundance of riffs that you never want to stop. Luckily, they have six albums full of them. Crank their latest, Soul Nebula, as you climb those cold mountains east of Victoria.

Load up the bong and get in the van. Drug Sauna are a two-piece Calgarian band who perform fuzzed-out stoner anthems from within a smoke-filled van. No parking lot is safe from this trip to the sweaty, shirtless, skunk scented steam room. Roll up their new record Stonedhenge and “Come get high. I know you wanna. Get fucked up in the drug sauna.”

Sharing members with fellow Calgarian stoner band Chron Goblin, Gone Cosmic go for a psychedelic approach that functions on the strengths of the four cosmonauts in the band, whom guide the songs like a rotoscoped space Corvette.

The band recently released their new cosmic outing, Send for a Warning, the Future’s Calling, so be one of the first to take their guiding hand into realms beyond comprehension.

Calgary’s Woodhawk are more than a riff salad – more like a riff forest, with enough unique fauna living within their twigs and branches to feel like something fresh, inspiring and invigorating.

Check out their 2019 Violent Nature album for a batch of well-produced and more importantly, memorable songs that soar out of the speakers. Respect the hawk.

Chron Goblin could be called the Canadian equivalent to a band like Red Fang, or even at times, Clutch. The music is crunchy, while the vocals guide the melody – while also being on the esoteric side at times.

Their video for “Blood Flow” has the members replacing the samurai sword shenanigans with a trusty baseball bat and see the band going through about as many joints as the Red Fang dudes demolish beers, too.

Also check out the aforementioned Gone Cosmic, which includes a few of the goblins getting spaced-out.

When you’ve smoked so much that you feel like you could get knocked out for a few days at a time, you can call that a highbernation. This three-piece Edmonton band is fueled by reefer, though the vehicle doesn’t go so fast… Slow and heavy wins the race with this stoner/sludge/doom band of comatokers.

Lords of the Opium Church

Another band from Oiler country, Lords of the Opium Church combine a number of genres together to build up a beautiful chapel of contraband. Fairly new to the scene, they’ve already made an imprint with their self-titled debut, which has been compared to Kyuss, Red Fang, Pentagram and Alabama Thunder Pussy.

Edmonton’s Black Mastiff embody that laid back approach stoner rock is associated with more than most bands on this list. Still, even though their songs are extremely easy to listen and chill out to, it doesn’t mean they aren’t well constructed – which is the mark of great song writing.

Come with me if you want to blaze. First, we have goblins rummaging the forests for chronic with Chron Goblin. Now the robots have a taste for the herb with Chronobot.

“Stoned, slow riffs” are what this Regina, Saskatchewan-based bot was programmed to make, and on albums like Chronic Titan, the mission parameters have been certainly accomplished.

Toronto band Sons of Otis are elder uncles of the stoner scene in Canada, emerging in the early ‘90s. Influenced by the sludge bands of the time like The Melvins and Fudge Tunnel, the band put out their debut Paid to Suffer in 1994, with albums coming out every few years until their latest, 2020’s Isolation.

Their entire discography is a must-listen for fans of Electric Wizard (whom they’ve toured with) and other generally darker styled stoner bands who write around the glory of the all-powerful riff.

Indian Handcrafts formed out of Barrie, Ontario in 2010. Since their first releases, the band has had ties with The Melvins, with Dale Crover playing on their second album Civil Disobedience for Losers and King Buzzo lending his guitar work to their 2014 album Swamp Child.

Musically, the band can create quite a lot of intriguing audio crafts. Their video for “Bruce Lee” is certainly a highlight – when was the last time you watched Game of Death stoned in your living room?

Being a post-stoner metal under a western aesthetic, you’d assume Tumbleweed Dealer were from Alberta, but surprisingly, the band call Montreal, Quebec their saloon. The three-piece band create sandy instrumental soundscapes which wouldn’t sound out of place in an acid western film. Put on your cowboy hat, load up the bong and crank this up while imagining riding off into the sunset.

An ode to Electric Wizard’s Dopethrone album? Better yet, to keep with the tradition of altering titles to include weed jokes, the name is actually a play on the band Darkthrone.

The Montreal-based band emerged in 2008 and shares members with Tumbleweed Dealer. The sound of Dopethrone is slow and nasty, like a snarling animal got into the dope and started singing for Electric Wizard. Press play and feel the murky green Transcanadian Anger.

Sometimes when listening to Deftones, I feel it just isn’t hazy enough. Thankfully, Montreal’s The Hazytones are just a click away. The band have a more horror-themed visual approach, and their music does have a Sabbath-like quality, almost seeming like the band is made up of Tony and Ozzy’s siblings.

What’s the worst part of living in Nova Scotia? Perhaps the lack of international bands touring the region. Fortunately, there are local bands like Worst Part who are there to satiate the hunger stoner fans have for this type of music.

The Halifax-based band is heavy and crunchy, though their vocal style is something rather unique – with falsetto style singing swimming through the muck. For me, that’s the best part of Worst Part.

Continuing on through the maritimes, then, we have Diner Drugs from Moncton, New Brunswick. The band states that they formed Diner Drugs to escape the boredom of East Coast living, and truly, other than watching your beard grow in the mirror, what better way is there to escape boredom than to turn up the fuzz and rock out? Perhaps create a parody band…which they did prior with Bong Jovi.

To finish the maritime stoner metal representatives off, who better than the St. John’s, Newfoundland legend sHeavy. The band started off in 1993 as Green Machine, though changed their name due to that particular machine being taken by another band down south.

In the early ‘90s, the band made their name in Newfoundland, though in 1997, they released The Electric Sleep, which gained them some international press with Black Sabbath comparisons. Since then, they have played internationally, though still have a strong foundation in St. John’s.

Metal Sucks Greatest Hits
850 -
All My Heroes Have Failed Me
0 -
G.O.A.T. and Your M.O.M.’s “Quack like a Duck” Justifies Humanity’s Entire Existence
0 -
Twenty Hard Rock and Heavy Metal Celebs’ Mugshots
0 -
I, For One, Welcome Our New Robot Overlords
0 -
Exclusive Interview: Lamb Of God Drummer Chris Adler on Randy Blythe’s Imprisonment, Upcoming Tour and the Future of the Band
0 -
Video: Rings of Saturn Guitarist Lucas Mann’s Criminal Abuse of Guitar Pro