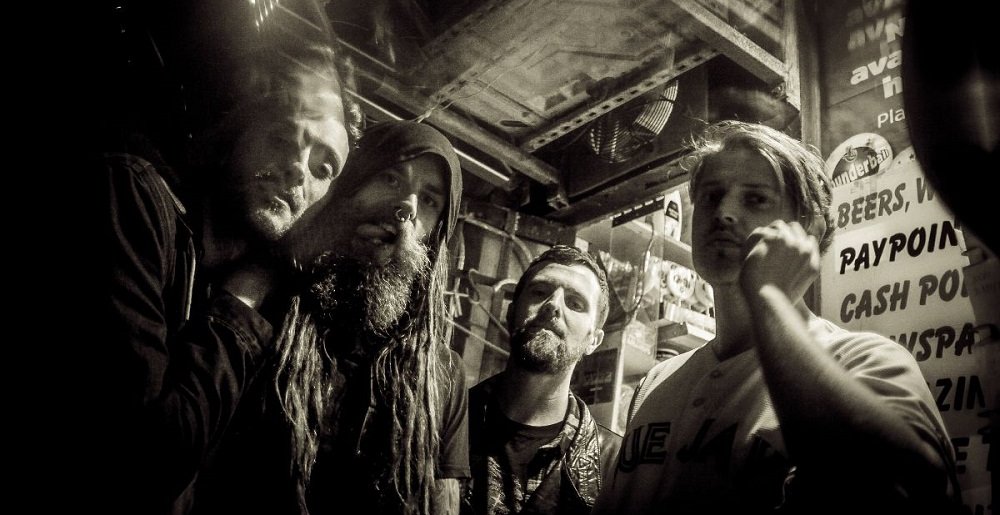 There’s an old saying that it’s better to have loved and lost than never loved at all. It’s a feeling that many of us can relate to, and it’s definitely the feeling that’s present in British desert rock band InTechnicolor’s latest single, “Tokyo Dream.”

“Tokyo Dream is a song about feeling like you’re losing someone. In my own interpretation, it’s a romantic love but it could be any kind of love disappearing. It’s about that feeling of emptiness in the pit of your stomach you get when you know that person is not going to be there anymore, and the damage done when experiencing that loss. The overwhelming loss can make you feel resentful. It can make you feel damaged and want to lash out at…anybody.”

Based out of Brighton, the desert rock four-piece uses fuzzy guitars and driving rhythms to land itself firmly between the sonic lines of Kyuss and Baroness, creating a unique sound that sets itself apart from the likes of other European desert rock outfits like Truckfighters or Nightstalker.

Earlier this month the band announced that their fourth studio release, Midnight Heavyweight, will be available on November 4 via Small Pond Records. Their previous single, “The Wave,” features more of that traditional desert rock sound that falls a little closer to that Palm Desert Scene style.

You can preorder Midnight Heavyweight today via Small Pond Records.

Metal Sucks Greatest Hits
690 -
Let’s Argue About Iron Maiden Album Art
0 -
The Top Ten YARLERS of All Time
0 -
Deicide’s Glen Benton Sells Out, Tells Fans to Stop Moshing So Violently
0 -
Meshuggah’s Jens Kidman is Now a Meme
2060 -
How Metal Nerds Choose What Bands To Like: A Scientific Model
1480 -
Being in a Band is for Losers [Scientific Proof]