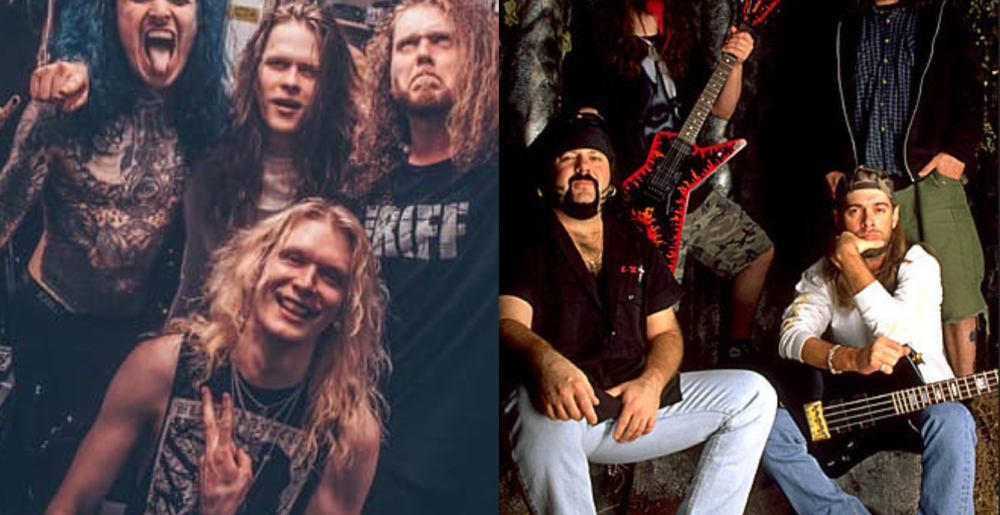 Since Pantera announced their reunion, fans and haters alike have criticized this move. Given the incredible love that metalheads have for the late Abbott brothers, guitarist Dimebag Darrell and drummer Vinnie Paul, it can be difficult to accept that any Pantera-related activities will go on without them. Nevertheless, their spirit will be present: Dimebag’s guitar tech Grady Champion will be bringing some of the legend’s very own equipment.

The fact that frontman Phil Anselmo and bassist Rex Brown have reconciled is definitely worth celebrating. They will be joined by Anthrax‘s drummer Charlie Benante, as well as Ozzy Osbourne‘s longtime guitarist and Black Label Society mastermind Zakk Wylde, who’s already played Pantera songs with the original band and separately with Phil.

And while bands have tried to copy Pantera’s style and cover their songs, it’s hard to compare with the original. And while no one will ever sound as perfect as Pantera back in their heyday, there have been some truly admirable attempts to honor the band’s work. The following are just some of those attempts.

The famous Gothenburg melodic death metallers In Flames bring their burning passion to “Fucking Hostile.” This performance will definitely give you your daily energy boost: “To see, to bleed, cannot be taught.”

All Stars for Metal Injection — “By Demons Be Driven”

Metal Injection‘s cameras have brought us so many phenomenal Pantera covers over the years, including the most excellent polka in the park version of “Cemetery Gates.” However, the following rendition of “By Demons Be Driven” is especially awesome. It showcases Testament and ex-Death‘s Steve Di Giorgio, Alluvial‘s Wes Hauch, Shadows Fall‘s Brian Fair, and Frank Godla. This little masterpiece kicked off Metal Injection‘s 30th anniversary celebration of Vulgar Display of Power after Godla’s introduction. Watch the special in full for a killer performance of “A New Level” by members of Anthrax, The Black Dahlia Murder, Suicide Silence, and Exmortus as well.

Evile‘s wonderful interpretation of “Cemetery Gates” came out as a single in 2010 and on some versions of Infected Nations (2010). Evile first approached the track for a Dimebag tribute album. Tragically, it would be Evile’s last studio effort with bassist Mike Alexander, who died from a pulmonary embolism on October 5, 2009, while the band was on tour. We remember this great musician along with Dime and Vinnie, who are always in our hearts.

Finland’s Lost Society recorded “P.S.T. 88” for their third studio album, Braindead (2016). What a great choice, too! “P.S.T. 88,” which hails from Power Metal (1988), is tons of fun, despite what critics may say. Lost Society gives this delightfully raunchy song fresh, 21st-century blood.

The Disturbed vocalist truly hits one out of the park here with Breaking Benjamin. These musicians wield the might and authority necessary to rock this classic. Although the sound quality is very poor, there are also recordings of Chester Bennington performing “Walk” with Disturbed in different cities during Ozzfest.

Yes, we’ve heard Zoltan Bathory’s comments. Now, let’s hear his guitar work. Five Finger Death Punch gives “A New Level” their all. See if this heavy cover will encourage you to pump even greater amounts of iron at the gym: “No fucking surrender.”

Staind‘s frontman Aaron Lewis perfectly captures the essence of “This Love.” Just as Aaron has amazed us with his Alice in Chains covers, he probably comes closer than any other vocalist to realizing what Pantera was all about. There is a lot of beauty and even sex appeal in Phil’s voice. That’s something that’s often lost in translation. Aaron has that extra polish that many singers lack. You can also hear Aaron performing “This Love” in 2009 with Slipknot‘s Corey Taylor in support of the organization Ride for Dime.

Bullet for My Valentine — “Domination”

The idea of Bullet for My Valentine reimagining “Domination” may be a bit hard to swallow. Yet, for this very reason, the result is all the more of an irresistible guilty pleasure. This track was featured on a UK disc version of Tears Don’t Fall (2006) and on the German maxi-single. BFMV’s 2006 spin on this beloved song is incredibly refreshing and so 2000s.

While the thought of a band like Dream Theater paying their respects to the rough and tough Pantera may seem a bit amusing, these perfectionists do not disappoint. “Cemetery Gates” is definitely the most suitable song for them because of its epic, majestic feel. In the video below, Dream Theater is accompanied by Symphony X‘s Russell Allen, ex-Fear Factory‘s Burton C. Bell, and the Megadeth hero Dave Mustaine. In the original, young Phil’s high notes, which impressed even Rob Halford, really blow us away.

Avenged Sevenfold first covered “Walk” in response to a request from Kerrang! to contribute a song to High Voltage – A Brief History of Rock (2006). The band recorded “Walk” with Pantera’s famed producer Terry Date. Avenged Sevenfold has treated fans to this hit at live gigs, including at Ozzfest. “Walk” appears on Avenged Sevenfold’s Live in the LBC & Diamonds in the Rough (2008). You can also hear these California boys give a surprisingly spot-on rendering of “Mouth for War” with Vinnie Paul in concert.

Although we have avoided featuring covers with Phil, Rex Brown did participate in this pick. His presence definitely helped this crew of Dimebashers get into the right zone. Corey and Rex are joined by the Nirvana legend Dave Grohl, Anthrax’s Scott Ian, and ex-Megadeth‘s Chris Broderick. Even Dime’s life partner, Rita Haney, briefly sneaks in on a mic. Corey puts a slight spin on the popular lyrics by asking, “Are you talking to us?!” before sending “m*therf*ckers” home.

Sponsored Links from Across the Internet
Show Comments
Related Articles
Interviews 0
In Flames on the Re-Evolution of Their Sound
December 2nd, 2022 at 1:49pm Mandy Scythe