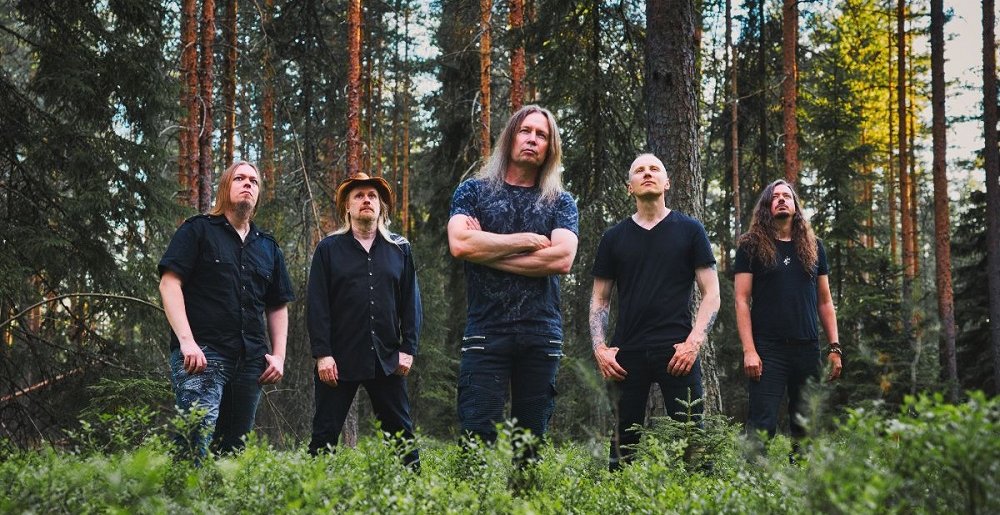 Finnish power metal stalwarts Stratovarius released a music video earlier today for their latest single “Broken,” which comes off their latest album Survive. Featuring the kind of virtuosity you’d expect from all five members, “Broken” is a soaring track that warns of the ongoing destruction of the planet’s climate and the future we’ll all deserve if we don’t unite and change things.

As you’ll see in the video below, award-winning Argentinian director Mariano Biasin staged the band in a gorgeous, idyllic forest in one moment, and quickly switches to the aftermath of our own destruction, with humans living among rubble and ruins. Keyboardist Jens Johansson sheds some more light on the song’s meaning.

“The song is about mankind, and how we obviously are far from perfect. Technology can be a savior and it can be our doom. If we don’t make it, what then?”

Given all the crazy “once in a lifetime” storms we’ve witnessed in recent years, it’s pretty obvious that if we don’t shape the fuck up, the planet’s going to do everything it can to kill us through rapid, man-made climate change.

As for the song, it’s featured on the band’s most recent album from last week, Survive. We enjoyed the hell out of this release, calling it a “feast of huge hooks, soaring choruses and an atmosphere so rich you can sink your teeth into it.”

The video for “Broken” can be watched below.

Stratovarius, Survive
“Survive”
“Demand”
“Broken”
“Firefly”
“We Are Not Alone”
“Frozen in Time”
“World on Fire”
“Glory Days”
“Breakaway”
“Before the Fall”
“Voice of Thunder”

A more visceral, heavier version of the song.

The EP of remixes features one by Justin Broadrick of Godflesh and Jesu.