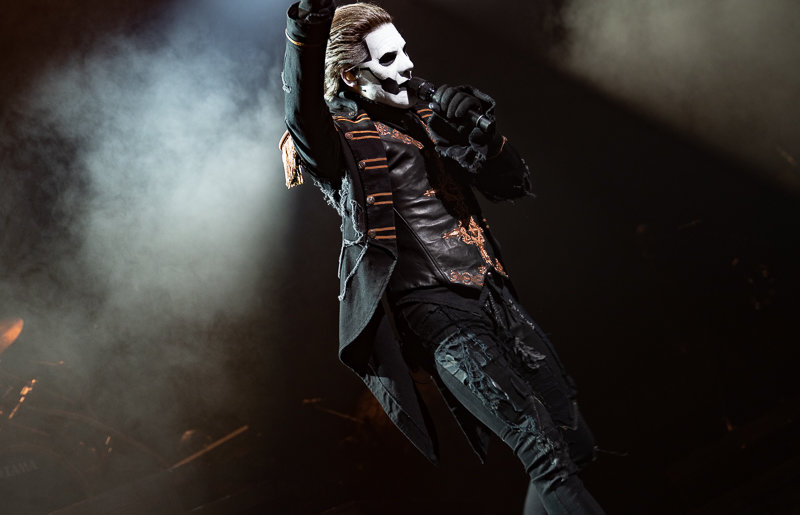 Love ’em or hate ’em, Ghost manages to put out some catchy-ass tunes designed to keep (some) metal fans interested while dragging the mainstream over into the dark. And it’s all thanks to the songwriting chops of one Tobias Forge, the frontman of one of the world’s biggest bands on stage right now.

One man who knows what it was like to play in Ghost while it was building up to what it is today is former guitarist and current Magna Carta Cartel frontman Martin Persner. In 2017, Persner revealed to the world that he was playing in the then-enigmatic band under the Omega moniker for seven years before he left the band that year.

While speaking with the Heavy Demons radio show, as transcribed by Blabbermouth, Persner said he was satisfied with his time playing in Ghost. It brings any perceive described what it was like to play in the band during the early days.

“I’m very proud and happy to have been a part of Ghost. It was wonderful, because we had so much fun. We learned so much, we did so many tours, we got to see so much. Apart from that… I feel kind of happy about it, because if it wasn’t for Ghost, I wouldn’t be able to do what I’m doing right now. And I’m happy doing what I’m doing right now. So, yeah, I feel proud and humbled that I was a part of it for a long time. That’s what I feel.”

As Omega, Persner was around for some of the more formative moments of the band. After being touted for his “huge” contributions to the now massive arena rock band, Persner downplayed his part in Ghost’s current success.