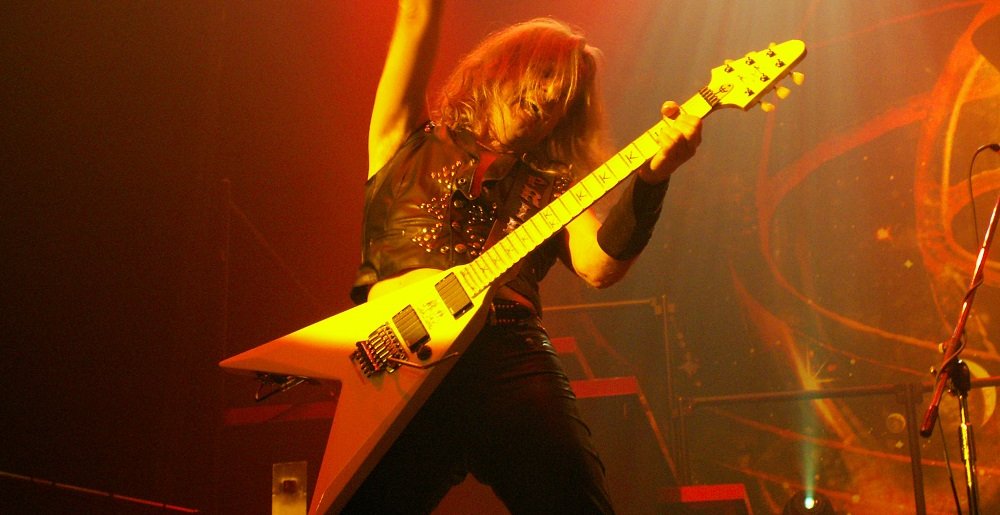 It’s been 11 years since he last shared the stage with Judas Priest, but K.K. Downing is going to once again don the leather and shred on some classic heavy metal during the band’s induction into the Rock and Roll Hall of Fame.

The news came as Downing was interviewed on Ultimate Classic Rock, where he also revealed that Les Binks, who played with the band from 1977 to 1979, will also perform that evening.

“It’s what I’ve done so many times. It’s almost like cracking a beer, let alone riding a bike. It’s embedded in me. It’s what I do. So it’ll be quite something to look forward to, just to get up there and crank the amps up and just do it once again, for that short moment in time.”

Judas Priest are expected to play a medley of some of their classic hits when they’re inducted on November 5. With so many timeless songs to choose from, your guess is as good as mine as to which songs will be featured.

During his interview, Downing added that he hopes that his playing can hearken back to the original days of Priest.

“It’ll go by in a flash, won’t it? I think we’ve probably got eight or nine minutes. I’m not even going to be able to break a sweat. The main thing is to represent the attitude and hopefully the legend of what Judas Priest is and has become and what it means to everybody who’s been on that very long journey through the decades with the band. And hopefully, it will just kind of remind people and bring back some cherished memories of the heavy metal parking lots all around the world.”

This confirmation comes days after other members of the band said they were unsure how the lineup would shake out for the induction, with frontman Rob Halford saying he was “as much in the dark as anybody else.”

While there haven’t been any in-person or over the phone conversations, Downing confirmed that he’d been conversing with the band via e-mail. The break between him and the band originally occurred due to an “ongoing breakdown in working relationships.” Downing said he hopes their brief time on stage together could mend some fences.

“Obviously a lot of things have happened and stuff. But we’re kind of all old people, you know? A lot of water’s gone under the bridge, a lot of miles have been traveled, a lot of notes have been played. The thing is we can all kind of be there, have a few beers together, a glass of wine and perform and enjoy ourselves. At the end of the day, it really is an accolade, and I think, if everybody were to be honest with themselves, they would all like to have that accolade.”

While it’s great that Downing and Binks are going to get to perform, it’s a little weird that Tim “Ripper” Owens isn’t getting a nod, given the fact that he played with the band for two records and several years.