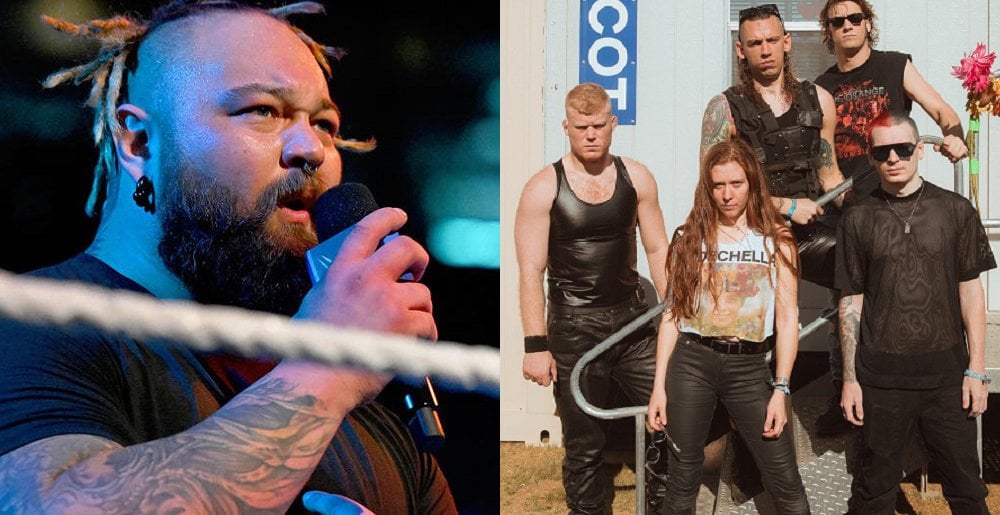 This past Friday on WWE Smackdown, fans were given a taste of a new Code Orange track that’s currently being used as the entrance theme for Bray Wyatt. The wrestler had been off the roster since last July, after higher ups at the company went on a run of releasing a slew of performers from their payroll.

For those not in the know, Bray Wyatt’s character has always had a culti-ish, spiritual, creepy vibe to him, so it only makes sense that a brooding track like “Shatter” would be used as he makes his way to the ring. This isn’t the first time Code Orange provided Wyatt with his entrance music, both as himself and as The Fiend.

Friday was Wyatt’s first time really back in the squared circle and rather than having him bash someone’s brains in, he spent his time thanking fans for their support in the weeks and months that followed his release.

Rock and metal acts have been providing wrestlers with entrance themes for years. Most famously, Motorhead did a couple of songs for HHH, while Motionless in White’s Chris Motionless performed vocals on Rhea Ripley’s entrance theme.

You can check it out below. There’s no news if this is going to end up on any sort of upcoming release.

Metal Sucks Greatest Hits
1570 -
Frankie Palmeri’s Track By Track Breakdown of the New Emmure Album: A Track By Track Breakdown
2760 -
Who Are The Top Ten Lyricists?
250 -
Worst Year Ever: All of Our 2011 Year-End Sh*t in One Place
0 -
Meet Ironbunny, the New Babymetal
400 -
Danzig is Just Cleaning Up His Motherf*cking Bricks, Bitch
0 -
11 Bands You’d Get Made Fun Of for Liking Back In The Day