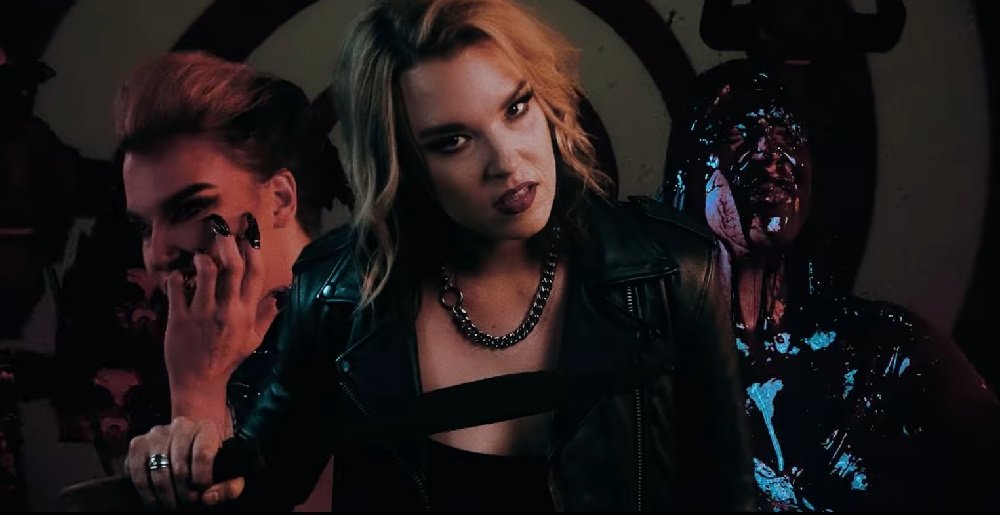 For three decades, we’ve known the whereabouts and identities of the intergalactic raiders and humanity’s lords and masters, GWAR. From the late, yet mighty Oderus Urungus to Techno Destructro and Blothar the Berserker, we’ve known their names – seen their faces. Yet today’s discovery is a chilling one indeed, as we now know there may be Scumdogs of the Universe lying in wait among us.

And it turns out Lzzy Hale, frontwoman of Halestorm, is actually one of those interplanetary destroyers – a Scumdog of the Universe. Had it not been for the release of the band’s latest single “The Cutter” and accompanying music video, we probably would never have known.

GWAR frontman Blothar said Hale’s existence as a Scumdog has been a secret since the band first landed on the planet and shacked up in Antarctica so many ages ago.

“Lzzy Hale is wonderfully talented. Few realize she is also an undercover Scumdog who came to Earth with the rest of GWAR eons ago under her true name Clitaurus Maximus of the Maximus clan. We are delighted to have her voice and image on this work of absolute genius.”

Lzzy Hale — I mean, Clitaurus Maximus the She Bull — said she was excited to finally make her presence known as a fellow subjugator of the human race. Not only that, but she’s got three fucking heads. That certainly has to give her an edge as a vocalist, that’s for sure.

“I, Clitaurus Maximus the She Bull… hereby declare, “The Cutter” as my first feature in a MOTHERFUCKING GWAR SONG! Thank you so much to these interplanetary warriors for the much-appreciated bloodletting, and for giving this lil’ beast the opportunity to rear her three ugly heads!”

Still, you should check out the video below, which features some awesome slasher/grindhouse horror vibes and buckets and buckets of blood and guts to satisfy any bohab.

If you’re brave enough, you can also catch GWAR live and potentially get crushed in the pit or nailed to the stage with support acts Nekrogoblikon and Crobot filling out the bill. Be sure to check the dates below: