Metal Sucks
Metal Sucks Review: Avantasia’s A Paranormal Evening With the... Buckle Up for a Rattlesnake Venom Trip as the Band Breaks...
- Tweet SHARE
Reviews 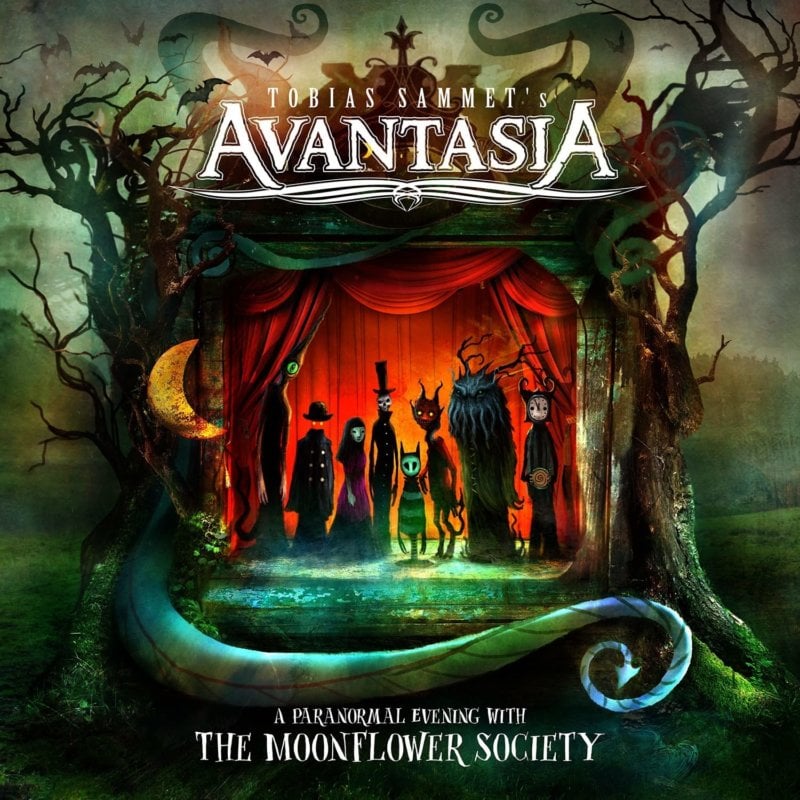 Review: Avantasia’s A Paranormal Evening With the Moonflower Society is a ‘Who’s-Who’ of Fun

We need to protect Tobias Sammet at all costs. There simply isn’t a brake pedal on him; I’m worried he’s going to get bored one day and start doing his own stunts because he’s run out of musicians to send emails to.

Even if he did, it would hardly be any unexpected shift in the paradigm. Avantasia’s whole thing with him at the helm is star-studded, rock opera showmanship that makes a circus tent look demure. Eight albums have swashbuckled through the weird and wonderful up to now and, almost impossibly, they keep getting bolder. A Paranormal Evening with the Moonflower Society should collapse under the weight of its own elaborate costuming as soon as it waltzes onto the stage; so how have Sammet and his army of guests and friends kept things fresh?

It’s certainly not a question of effort. From the opening whirlwind of “Welcome to the Shadows” – which does it’s best to be every song on Bat Out of Hell at once with an avalanche of big vocals and bigger guitars – to the no-holds-barred power balladry of the haunting Floors Jansen duet “Misplaced By The Angels,” it’s clear as day that Tobias and co. have put their all into this. It swoops and soars above the crowd on gossamer wings and fishing line and makes a spectacle of itself in the best way. “The Inmost Light” is a slice of power metal cheese at its richest, while the title track allows Magnum legend Bob Catley to showcase his always impressive smooth tones. The whole album had one mission statement, it seems, which was “give ‘em a show” circled in glittery pen a few times for emphasis.

There’s plenty of heavy hitters scattered among the campier efforts, too. Jorn hammers the pants off of the bombastic “I Tame The Storm” in his usual high-octane display of outrageous talents. “The Wicked Rule the Night” sees Primal Fear icon Ralph Scheepers tear up the songbook and deliver a surprisingly devastating bit of bombard to offset the cloy that is starting to set in. It’s nothing so outrageous as to not be by the numbers Avantasia, but it certainly shakes things up a bit.

There’s a little wiggle room for some change here, though; “Rhyme and Reason” swaps the grandiosity of its precursors for a hit of pure adrenal gland battering to glorious effect. It gets shunted out of the way pretty quickly for the much showier “Scars”, unfortunately; a Geoff Tate-led pseudo ballad that’s twice as grand and half as fun.

It might shop out more cheese than a 24 hour fromagerie, but there’s no way to claim that A Paranormal Evening with the Moonflower Society is anything but a heavy dose of mostly-fun. The album sticks to a tightly observed checklist to a fault, but, despite some familiarity, it still throws its head back and belts out an evening’s worth of entertainment that is well worth the price of the ticket.

Avantasia’s A Paranormal Evening With the Moonflower Society will be released worldwide on Friday, October 21 via Nuclear Blast.

Metal Sucks Greatest Hits
0 -
Watch This 10-Year-Old Girl Shred Through Slayer’s “War Ensemble”
0 -
Avril Lavigne Must Be Stopped
0 -
Danny Worsnop is a Good Writer
0 -
Carcass’ Swansong: A Newbie’s Retrospective Review
0 -
That Time Shaun Got Drunk and Filmed a Music Video with His Cat
0 -
It’s Official: There is Too Much Slayer Merchandise