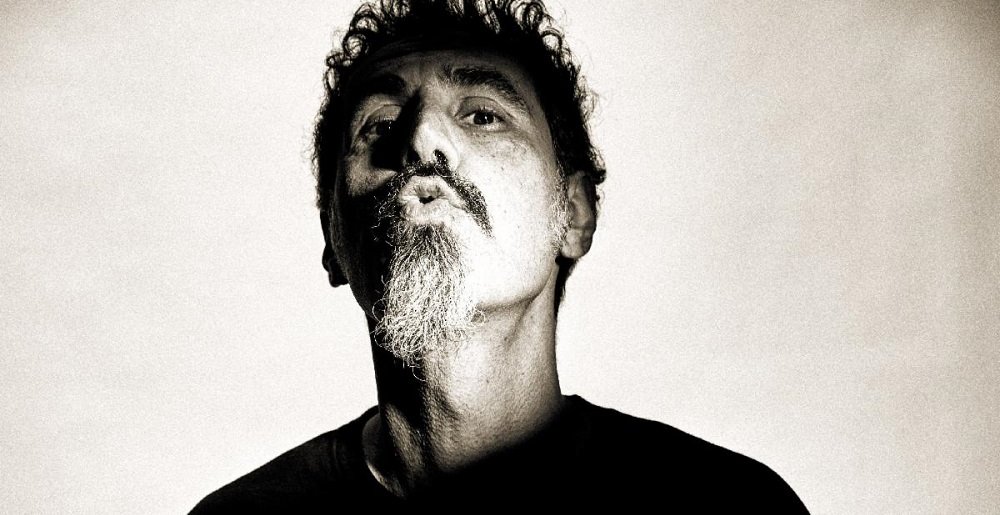 Don’t Hold Your Breath: Serj Tankian Said a System of a Down Tour is “Something I’m Not Very Interested in Doing at This Time”

If you’re a System of a Down fan, you’ve been riding high on some optimistic news coming out of recent interviews with the band’s frontman Serj Tankian. On Monday, he teased an announcement for “something next year,” then the following day it was reported that he was ready to do a new record “when the opportunity comes up.”

Well, fans, here’s where the other shoe will drop. During a recent interview with Metal Injection to promote his forthcoming EP Perplex Cities, Tankian threw a bucket of ice water on any potential ideas that the band will be hitting the road for any sort of extensive tour any time soon. And while he admits he has health issues that make touring difficult, he said the repetitive nature of touring makes it less interesting to him.

“Toxicity by itself is too short to play as a set. Right, so that’s one. But second is that I have, you know, based on my health issues and kind of redundancy in doing the same thing over and over again in terms of touring, it’s something I’m not very interested in doing at this time. Not just for System, for my own stuff, for orchestra or solo stuff. I just haven’t been touring. I also had back surgery last year.

“I’ve got certain issues that I’m getting over that are health issues that are affecting my mobility. I mean, I walk fine and I’m able to do stuff and I could perform. But the travel of a tour really, really affects me at this point. That and, to be honest with you, it’s not in my creative purview, you know? So a show here and there we’ve done and might still do. But as far as doing a specific thing, it’s not really something where I’m at right now.”

That’s not to say, however, that he’d be against one-off shows with the band, so maybe a string of occasional shows with time off spread between could be in the cards.

“When you’re doing a full tour, those first two or three shows are really exciting, you know? Because you haven’t toured in a while and you’re playing the sets. You’re out there and you’re moving around and then you got the same set on the fourth show, fifth show, sixth show. By the 10th show, it’s fucking, what’s that movie? The Bill Murray one? Groundhog Day. You know, it becomes Groundhog Day. And you still have fun because it’s a different audience, different city and all that, but it becomes a bit automatic, mechanical, a bit. And to me, that’s redundant artistically. Having one show that’s in a special place, done in a special way, is more interesting.”

So with all that in mind and the potential for a tour almost entirely out of the question, we’re even more curious about what that potential System of a Down announcement could be.

Sponsored Links from Across the Internet
Show Comments
Related Articles
News 0
Serj Tankian: Now Ready To Do A System Of A Down Record
October 25th, 2022 at 10:15am Alex Knifeson

Metal Sucks Greatest Hits
0 -
Clothing Chain H&M Creates Fake Metal Bands to Sell Merch, Releases a Song Called “Vaginal’s Juice Dripping into Cadaverous” [UPDATED: No, They Didn’t]
0 -
Why There Will Never Be Another Metal Band as Big as Metallica
0 -
Viral Drummer Nandi Bushell Pays Tribute to Taylor Hawkins: “Thank You for Looking After Me”
0 -
Nazi Imagery: Why Watain and Marduk Don’t Get a Pass While Slayer and Metallica Do
0 -
Converse Rubber Tracks x MetalSucks: Everything All in One Place
0 -
Students at British School Sing Iron Maiden’s “Flight of Icarus”