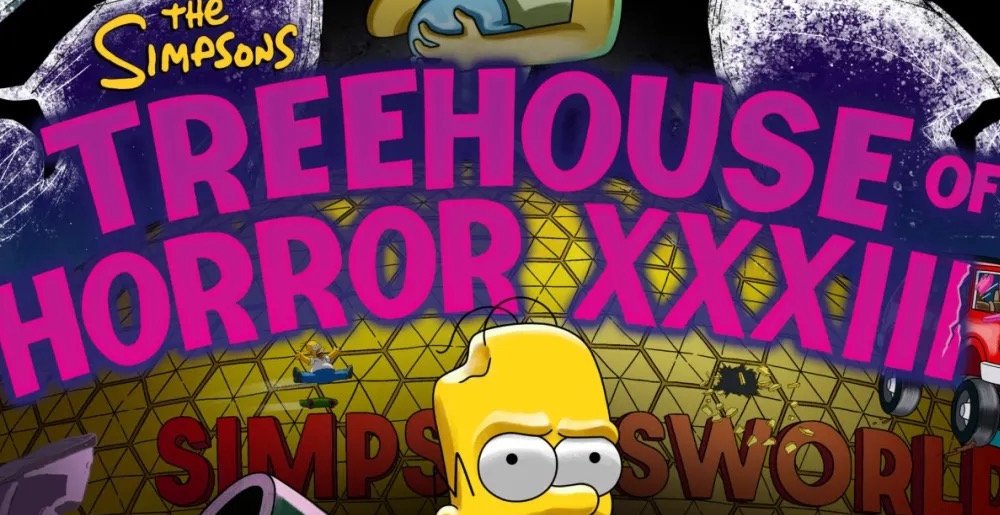 Part one of The Simpsons‘ annual Treehouse of Horror Halloween festivities aired last weekend. Titled “Not It,” the special parodied Stephen King’s It, with Pennywise being portrayed by none other than Krusty the Clown. The second part of the spooktacular airs on Sunday, October 30 (Mischief Night) and is simply titled “Treehouse of Horror XXXIII” (that’s 33, for my fellow knuckledraggers out there).

In a series of stills from the episode posted to Bloody Disgusting, we see teasers for parodies of The Babadook and the excellent anime series Death Note. The official episode synopsis tells us a bit more:

“In a book-themed trilogy, Marge’s resentment takes monstrous form, Lisa tries to save the planet through an anime murder spree and in a segment that breaks Matt Groening’s biggest rule: Homer learns he’s not the man he thought he was.”

The official poster features a pretty awesome Simpsons-style design for Death Note‘s Ryuk, as well as Lisa Simpson in the style of Death Note main character Light Yagami. “Treehouse of Horror XXXIII” airs on October 30 at 8pm on FOX.

Treehouse of Horror is an annual affair for The Simpsons, with 33 specials airing between 1990 and today. Containing three separate segments, Treehouse of Horror happens outside the context of the rest of The Simpsons timeline and is much more horror-esque than the usual show. You can check out the screenshots below.

Sponsored Links from Across the Internet
Show Comments
Related Articles
Viral Vomit 0
Video: This Is How Otto’s Awesome Solo from The Simpsons Would Actually Be Played
April 26th, 2022 at 11:13am Emperor Rhombus

Homer, Marge, Bart, Lisa and co. are teaming up with the iconic sneaker company.

Worst Week Ever 0
Moshing Banned, Ghost the Band vs. Ghost the Vodka, and More Stories You May Have Missed This Week
May 15th, 2020 at 5:00pm MetalSucks