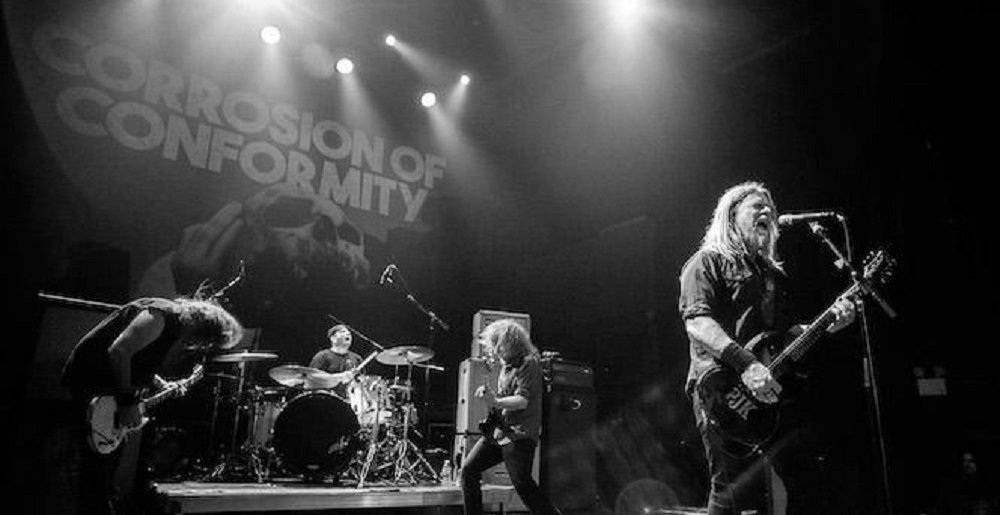 Photo by by Nathaniel Shannon

It’s been a few years since North Carolilna-based Corrosion of Conformity’s put out some new material, but 2023 may be the year the band starts working to change that reality.

In a recent interview with Greg Prato of Guitar World, frontman Pepper Keenan revealed that the band has plans to begin working on a new record immediately after their tour this November. It would be the band’s follow up to 2018’s No Cross, No Crown.

“We’re doing this next [U.S.] tour [in November], and then we’re going to start putting the pieces together and get our heads in ‘studio land’, and just focus on that.”

When asked whether we should expect to see that new music in 2023, Keenan wasn’t quite ready to commit to that date.

“We take our time doing these things. The Covid thing put everything in a kibosh and we lost a lot of time and energy.

“The way C.O.C. does it, if it ain’t right, it’s wrong,” he explained. “We put our energy into it and try to create something that is up to our standards and try to push things as hard as we can in our world.”

The interview also took a look at No Cross, No Crown and its place in the band’s repertoire, given its position as the last record with Reed Mullins’ passing last April. As a result, Keenan said the record will always stand out to him as a snapshot of time before losing Mullins.

“We lost our left arm. It was very hard to find a drummer. We have John Green, who is fantastic, but you just can’t replace people like that. Other people have gone through it, too — but it’s not easy. You spend decades with a person writing, and you don’t even have to look at them; it just comes out. This was the first time we had to regroup in a long time and try to do it with a different drummer. We’ve got that figured out, so now we’re getting ready to focus on that.”

So yeah, next month’s tour will be a prelude to a new record, though it also marks a change within the band. If you can catch one of the shows below, you owe it to yourself to check this band out live when they hit the road with Spirit Adrift and The Native Howl.

Corrosion of Conformity w/ Spirit Adrift and The Native Howl

Sponsored Links from Across the Internet
Show Comments
Related Articles
Podcast 0
Corrosion of Conformity’s Mike Dean on The MetalSucks Podcast #464
November 14th, 2022 at 8:00am MetalSucks

Corrosion of Conformity is back on the road later this week, so we sat down with bassist Mike Dean for a chat.

Tour de Force 0
Corrosion of Conformity is Heading Out on Tour This November
September 14th, 2022 at 2:05pm Hesher Keenan

Do NOT miss this show.

Metal Sucks Greatest Hits
0 -
Exclusive Interview: Damien Echols of The West Memphis Three on His Life After Death
0 -
The Secret 2 a Successful Career in Music
0 -
The Single Greatest Analysis of Nickelback’s Work Ever Written
0 -
I Am The Working Class: The MetalSucks Interview with Fenriz
0 -
Rigged: Testament Guitarist Alex Skolnick
0 -
Students at British School Sing Iron Maiden’s “Flight of Icarus”