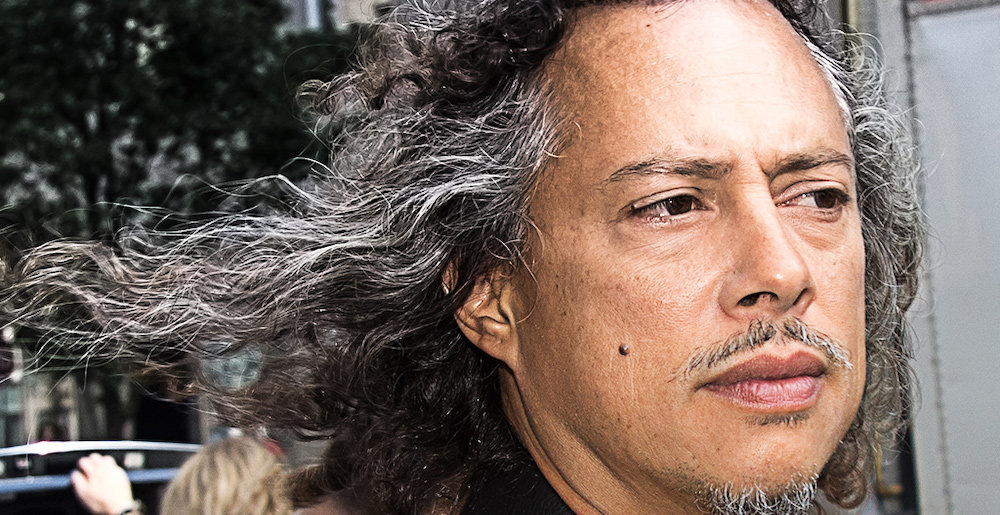 When it comes to the members of Metallica, there are just certain truths that don’t ever change: Lars likes expensive art, Rob likes to surf, James collects vintage cars, and Kirk loves horror shit. We’ve known that about Kirk for decades now.

So when Gibson TV’s Metal and Monsters series got to sit down with Metallica’s wah-pedal abuser, it only made sense to ask the million dollar question: “which one is your favorite?” The answer that flowed out of Hammett was long, but clear.

“I remember seeing Texas Chainsaw Massacre when it was a new film. there was a buzz on the street and everyone was talking about it. I remember going to see it and truly being frightened because there hadn’t been a film like that up to that point that was so graphic and violent in its brutality. There wasn’t anything like that. I remember me and my friends leaving the theater shaking our heads going ‘wow’ and looking at each other wondering ‘did we just see that?!’ It was a real experience.”

He also spoke about seeing The Exorcist in 1973 when he was a Catholic schoolboy. Given its overtly religious depiction of possessions and exorcisms, Hammett said he was certain the events of that film would happen to him.

“I thought the perpetrators of that film were coming after me next … it was an honest fear when we were kids. For the next four months I slept with the lights on every single night.”

There’s a lot that goes into Hammett’s love of horror and monsters, so it’s impossible to sum up everything here. Thankfully, you can simply watch the rest of the interview below to get more of Hammett’s take on the horror genre.