Metal Sucks
Metal Sucks Review: He Is Legend furthers their resurgence with Endless... Watch: The Otolith Get Existential with...
- Tweet SHARE
Reviews 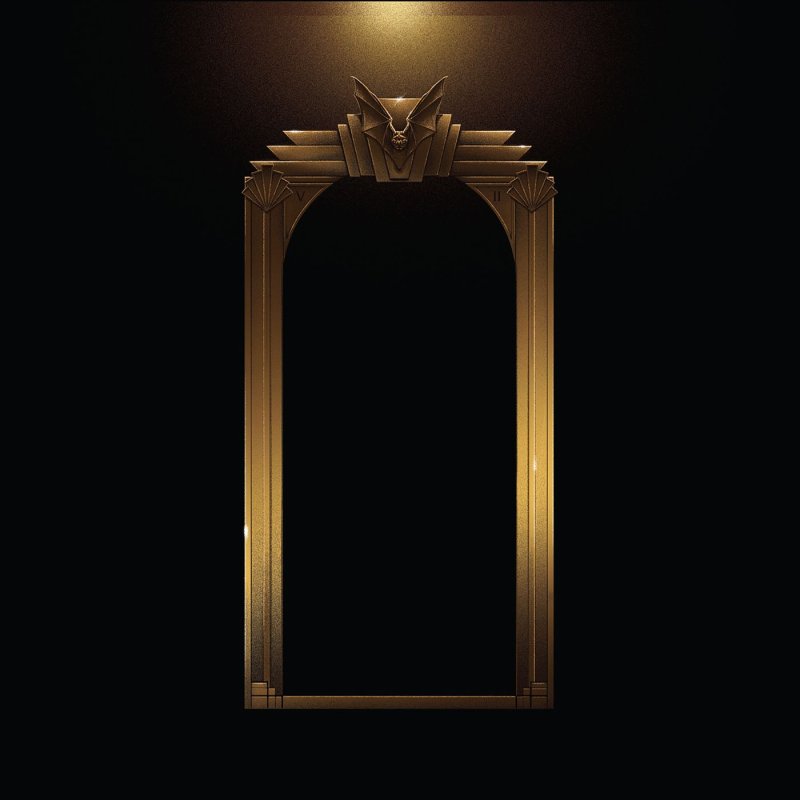 Review: He Is Legend furthers their resurgence with Endless Hallway

He Is Legend is the perfect example of a cult band. Whenever they make a move, a small but dedicated following responds with fanatical enthusiasm. It’s not without reason, as the band’s brand of sludgy southern groove and rip-roaring metalcore have retained staying power over six albums and almost 20 years. In fact, the response to 2019’s White Bat might’ve given He Is Legend the credit they’ve long deserved—if it wasn’t released a few months before the pandemic shut the world down. In spite of circumstances, the North Carolina underdogs have returned with Endless Hallway. It more than contends with White Bat in its inspired energy, furthering the resurgence of one of heavy music’s most underrated acts.

“The Prowler” and “Lifeless Lemonade” prove that He Is Legend has made up for last time by doubling down on heavy riffs and tasty melodies. Whether it’s the former track’s barn-burning rampage or the latter’s learching moodiness, Adam Tanbouz’s thick, detuned guitar tone comes laced with Schuylar Croom’s diverse palate of romantic gravel and intense caterwauls. This allows the songs to remain catchy while cycling through the many syncopated grooves provided by drummer Jesse Shelley. The band displays incredible intuition, knowing exactly when to drop into the hard-grooving machismo or when to let the melodies take a joy ride.

He Is Legend hasn’t lost their knack for jerking listeners around, as “Honey from the Hive” bridges the gap between anthemic southern rock and violent breakdowns with an almost psychedelic sheen. It takes a special band to retain a unified aura while inspiring beer-guzzling escapades and mosh pit militarism in equal effect. Even when a cut like “Sour” runs with its rock n roll quotient, a melodic bass line from Matty Williams here and a noodling guitar refrain there showcase a surprising amount of depth. To be clear, the song would work well enough if it mostly rode on Croom’s singing. The man’s got a criminally underrated voice, but that’s just the tip of the iceberg for He Is Legend.

In a way similar to Deftones, He Is Legend extracts melodies from the most unlikely instrumentation. The grimacing chugs and plodding percussion that start “Return to the Garden” really conduct this level of hookiness, but that hookiness effectively guides the song from a doomy dirge to a punk/metal attack. As Shelley sneaks in blast beats and half-time slugfests from behind the drum kit, Croom spill his grizzled drawls over the most punishing riffs. There’s even a hint of vocoder manipulation, which carries over to the rollercoaster that is “Circus Circus.” The track’s sing-song, creepy child-choir back up vocals synthesise with rustic mutterings, while leaving room for the guttural mosh parts. Selling it like “Metalcore White Zombie” might sound ify, but trust that it absolutely delivers on every front.

Appropriately, the title track encapsulates He Is Legend at their most accessible, featuring some of the album’s most gleefully campy hooks laced with hard-nosed groove metal barbarism—as underlying organ licks show their attention to detail. Indeed, the layered background vocals and transient, atmospheric bridge of “Sink Hole” remain as pungent as its stomping four-on-the-floor and panic-chord-infested breakdown. But still, He Is Legend shines the most on tracks like “Time’s Fake,” where every element turns up to 11. The opening riff’s balance of danceability and shredding makes it the best on the whole record, and it still leaves room for spectral vocal harmonies. It has no business sounding that natural… but it does.

The last tool in He Is Legend’s tool box becomes Southern swing, like the triplet galloping on “Seamistress.” It’s the perfect opportunity to bust out the arpeggios and let the vocal motifs breathe a little more, whereas the down-tempo sway of “Animals” doubles down on the nasty sludge factor. Amid screaming guitar leads and bulldozing low end, Croom goes full blues man in the verses and rocketing skyward for the choruses. The song crawls along its prickly bath, leaving a trail of arena-ready, raw aggression in its wake.

What’s more commendable is the fact Endless Hallway doesn’t overtly rely on contrasting extremes. Even the dynamic diversity of closing track “Lord Slug” flows swimmingly from depth-charge beatdowns to ethereal ambience. In fact, this is the only track where guttural screams take over to push the band into pure heavy hardcore territory. But in the end, He Is Legend songs remain as easy to sing along with as they are to mosh to. Gaps are bridged not through jarring transitions, but through tasteful arrangements. Every moment counts.

It just goes to show that He Is Legend doesn’t try to be anything. They just write songs how they want to. The fact they have such a unique flavor is owed entirely to their chemistry. If Endless Hallway ends up giving these guys their overdue recognition, it’s no less worthy of that honor than any of their criminally slept-on albums.

He Is Legend’s Endless Hallway will release on November 11, 2022 via Spinefarm Records.

Tags: he is legend, review

When the game plan is repackaging ‘80s underground metal and punk with an appreciation of absurdity, Dead Cross isn’t easy to get tired of.

Reviews 0
Review: Avantasia’s A Paranormal Evening With the Moonflower Society is a ‘Who’s-Who’ of Fun
October 19th, 2022 at 11:37am Jakk Mylde

This record sticks to the band’s formula, but it’s still a great time.