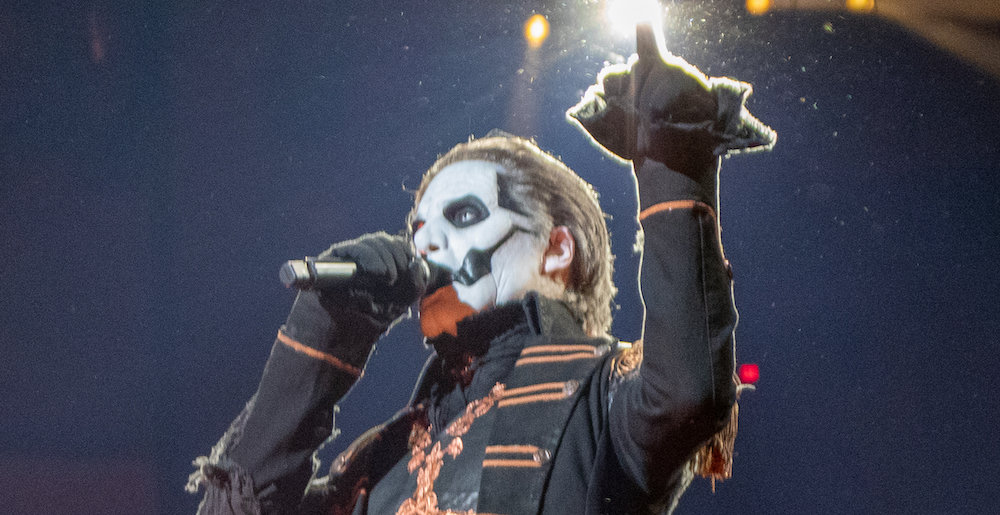 Remember earlier this year when Ghost‘s “Mary On A Cross” was everywhere on social media — especially on TikTok? It was huge. People were using it to highlight beautiful pieces of art and all sorts of things on the platform, driving the 2019 song up the charts and causing the band to record a slowed down version for TikTok users to further drive up numbers.

Well, while we were all acutely aware of the song’s sudden burst in popularity, Ghost frontman Tobias Forge was not. While speaking with Metal Hammer, Forge said he was completely in the dark about the song’s sudden rise in prominence and meteoric rise as Ghost’s most popular track at a robust 186 million streams. He said it wasn’t until his daughter approached him with the information that he had any clue.

“I think it was my daughter who spotted it first. She said, ‘I heard Mary On A Cross on TikTok.’ She’s done that before with other songs. Then I was summoned to a label meeting and they were like, ‘Are you aware of what’s going on?’, and they started presenting stats.”

Naturally, the suits wanted to get involved. As someone that has no idea what they’re doing with TikTok at all, I totally understand Forge’s ambivalence to the platform. But he doesn’t have to know shit about TikTok at all to know its popularity there meant a huge benefit to the band as a way to bring new fans into the fold.

“We attracted so many new people who got sucked into this and fell into the rabbit hole of everything that we created. And that’s a great thing because you always need more people.”