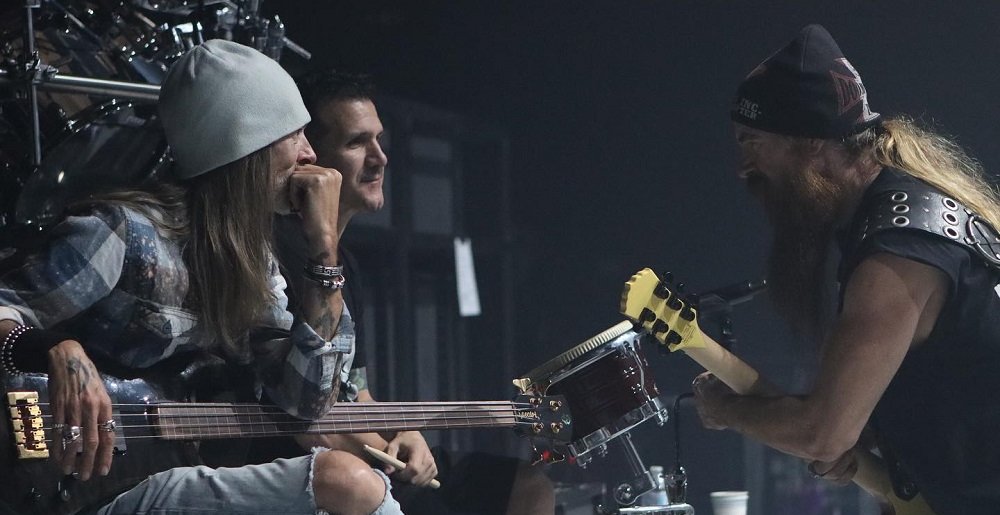 With the first Pantera reunion/tribute/whatever you want to call it show scheduled for next Friday, time is running out for Zakk Wylde, Charlie Benante, Rex Brown, and Phil Anselmo to blow the dust off these old tunes and get ’em ready for the string of dates they’ve got planned for the end of the year.

As one would expect, that means a lot of rehearsals down in New Orleans to get things up to snuff, especially if you’re trying to recreate the sound and scope of the original Pantera lineup and aim to respectfully pay tribute to the late “Dimebag” Darrell and Vinnie Paul. And while all four of those guys know each other pretty well over the years, it will be their first time really playing together in any sort of super serious fashion, so getting the chemistry going will be just as important as making sure those YouTube tutorials served you well.

To show that the guys are hammering away at the setlist and getting ready for their debut, Charlie Benante’s official Facebook page posted a few “candid” photos of the drummer with Wylde and Brown. None of the photos show the guys actually playing anything, but it’s good to know that they’re at least now in the same room ostensibly working. My only question is where the hell Phil could be. Did he take the pictures? Is he Axl Rose-ing them? What’s the story? (Editor’s note: He’s in one of the photos, he’s just crazy blurry and in the background of those toms. Whoops!)

I know there’s been a huge hubbub about whether this whole experiment should be taken place and about whether this actually honors the Abbott brothers’ legacy, but I for one am excited to see how this pans out. Each of these guys are world-class performers, so this should go off without a hitch, but if it doesn’t, we’ll make sure you know about it.