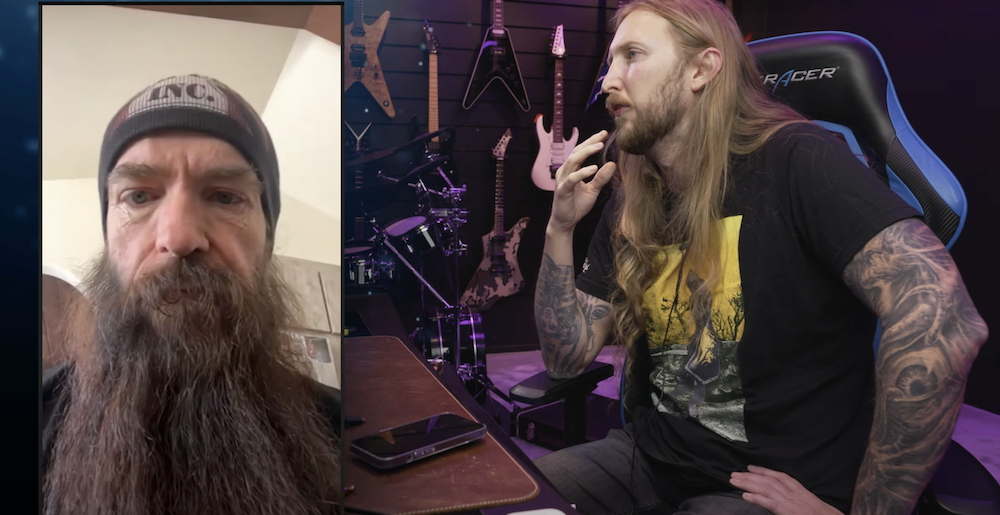 With less than a month to go until the inaugural Pantera shows with the band’s new lineup featuring original members Phil Anselmo and Rex Brown plus Zakk Wylde and Charlie Benante filling in on guitar and drums, respectively. Wylde will be scrutinized by legions of fans both online and in person, but he’s confident about his abilities he said in a recent interview with The Haunted‘s Ola Englund (via Blabbermouth).

“I’ve been working on it for a while now. I had to get a whammy pedal. I never owned one of those things. Grady [Champion, Dimebag Darrell guitar tech] will probably be running that thing, the guy who ran it for Dimebag. So, yeah, I’m a proud owner of a whammy pedal now. [Laughs] And I’ve got my Dime guitars, the ones that actually he gave me… I’ve got my rig.”

While talking about his preparations, Wylde said that he’s used YouTube as resource when learning and practicing the setlist. In his explanation, he may have dropped a few setlist hints as well.

“To me, it’s fun. But whether we’re playing ‘Goddamn Electric’, that solo’s beyond… I mean, all the solos are blazing; they’re all awesome. It’s gonna be fun when you’re playing ‘Walk’, and stuff like that, or ‘Cowboys From Hell’ or anything like that. Some of the other ones that we’ve got on there like… I mean, ‘A New Level’ and stuff like that — those are all cool. I think I may have gone on your web site, just to see ‘Becoming’, watching you play. Any of these things that I got stumped on, I was, like, ‘What the hell was that?’ I would just go, ‘How to play…’ and I’d go on to YouTube and just see all these other amazing players playing the stuff… For me, that’s the whole thing, too — playing it with the record is one thing, but then you take the record away and it’s, like, ‘All right. Play it for me.’ It’s a guideline. It’s like cover by numbers; you know where you’re going. Or taking the GPS off your car. It’s, like, ‘All right, do you remember how to get back down to Hollywood?’ You’re, like, ‘Zakk, I have no idea. I was following the GPS the whole time.’”

Elsewhere in the interview, Wylde says that he’ll see the other members of the band later this month to practice in person.