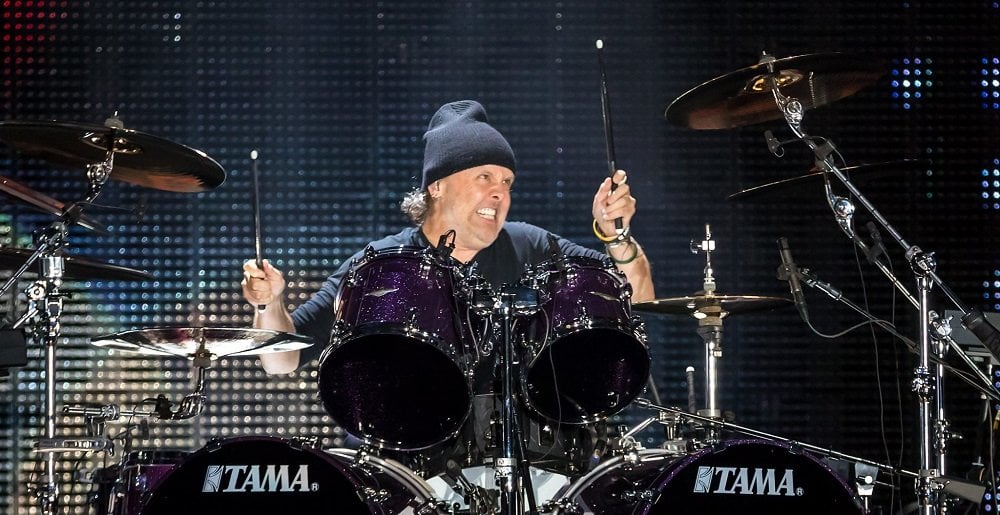 Yesterdays’ surprise announcement of 72 Seasons, Metallica‘s 12th studio release, was a rare and sudden surprise for metal world. Typically, we know about upcoming releases weeks, months, hell — even years before they arrive, but somehow the biggest fucking band in the world managed to keep details about the album and its first single “Lux Æterna” under wraps.

For drummer Lars Ulrich, who was speaking on SiriusXM’s “The Howard Stern Show” to announce everything (transcribed by Blabbermouth), the fact that no one knew about the album even though the band had been working on it “for the last year, year and a half — our COVID lockdown record” was a shock.

“The one thing that we’ve done all through that is for the first time in our career, we never really talked about it. So, rather than, ‘Hey, there’s a new record’ and countdowns, and, ‘Guess what’s coming your way,’ and all that kind of shit, we’ve been tight-fucking-lipped about it. And this morning I wanna share a new song with the world and I wanna tell everybody about the new Metallica album. And we have a new tour, we have a song, we have a video — all the bells and whistles.

“We thought for sure this thing would leak. It hasn’t fucking leaked.”

I bet that felt incredibly good as an artist in 2022, not getting the surprise ruined by the internet.

For those that missed yesterday’s big announcement, 72 Seasons is coming out on April 14, 2023 via the band’s own label Blackened Recordings. It’s the band’s follow up to the 2016 release Hardwired… To Self-Destruct and apparently has over 77 minutes and 12 tracks.

Along with the new album, its cover art, track listing, and first single, the band announced a massive two-year world tour where they’ll play two dates at each city, with both nights featuring completely different setlists and different openers. According to Lars, you’ll buy one ticket and gain access to both shows, which is fucking wild.

Presales will begin at 9 a.m. local time this Wednesday, November 30. Two-day tickets will be on sale to the general public Friday, December 2 at ticketmaster.com and will include the option of pre-ordering 72 Seasons vinyl and/or CD. Single day tickets will be available beginning January 20.

I don’t know about you guys, but this shit’s exciting as all hell. Can’t wait for Ticketmaster to buckle under the pressure of the world’s metalheads trying to get tickets at the same time. Hopefully Congress can do something about that…

72 Seasons
Shadows Follow
Screaming Suicide
Sleepwalk My Life Away
You Must Burn!
Lux Æterna
Crown of Barbed Wire
Chasing Light
If Darkness Had a Son
Too Far Gone?
Room of Mirrors
Inamorata