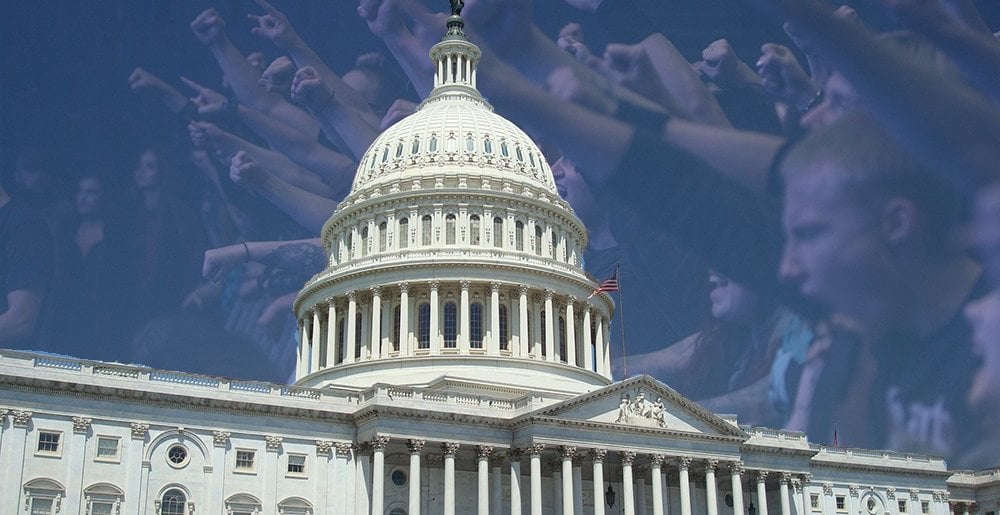 Things have gotten a little dicey for the ghouls behind Ticketmaster’s shitty practices in recent weeks, after a collective outcry from an army of Taylor Swift fans have placed a huge spotlight on the company’s anti-consumer practices. The U.S. Department of Justice previously announced they’d be investigating the company and its stranglehold on the entertainment industry and President Joe Biden said he wants to crack down on the company’s fees, but now lawmakers are getting in on the action.

Earlier this week, the U.S. Senate’s Subcommittee on Competition Policy, Antitrust, and Consumer Rights announced they would be holding hearings on whether Ticketmaster is a monopoly and what can be done if it is.

Now, if you’ve ever tried to buy tickets to a concert whenever Ticketmaster’s involved, you pretty much already know the answer to that question. You’ve dealt with the insanely unfair practices that piece of shit company subjects its customers to: ludicrous fees that nearly double the ticket price, events that immediately sell out and land on third-party selling sites, and when all else fails, their shoddily made website makes it impossible to even get your hands on tickets. And at the end of the day, it’s all entirely fucking legal.

Since we’re talking about a group of corporate-owned politicians, I’m not going to hold my breath that anything will be done, but one can hope. Still, of all the corporate goons to cling onto this issue, Minnesota Democratic Senator Amy Klobuchar was the one to fire shots at Ticketmaster from her position as the acting head of the Senate’s antitrust panel.

“The high fees, site disruptions and cancellations that customers experienced shows how Ticketmaster’s dominant market position means the company does not face any pressure to continually innovate and improve. We will hold a hearing on how consolidation in the live entertainment and ticketing industry harms customers and artists alike.”

Though this has been a problem for a long time, a lot of the focus has been placed on the merger between Ticketmaster and Live Nation that took place back in 2010. That action, opponents claim, created a monopoly in which even unaffiliated companies like AEG have had to work with Ticketmaster.

Of those touting their stance against Ticketmaster is a group called the Break Up Ticketmaster Coalition, comprised of the American Economic Liberties Project, Sports Fans Coalition, Fight Corporate Monopolies, More Perfect Union, Fan Freedom, the Consumer Federation of America, the National Consumers League, and the Artist Rights Alliance. The group is looking to end the company’s monolithic existence in the entertainment sector.

“The Department of Justice can reverse this merger and bring competition back to the industry. Help us demand that they do.”

Hopefully something can be done about all this bullshit, but I’m not going to hold my breath. This is Washington D.C., we’re talking about after all.

Metal Sucks Greatest Hits
0 -
So As it Turns Out, Banging Your Head a Bunch Can Be Bad for Your Brain
0 -
MetalSucks Readers Declare Pantera The Most Unnecessarily Shat Upon Band in Metal!!!
0 -
Meshuggah’s Jens Kidman is Now a Meme
0 -
Worst Year Ever: All of Our 2012 Year-End Sh*t in One Place
820 -
Rigged: Dream Theater’s Mike Mangini Takes You Through Every Piece of His Mega-Drumkit [Part 1]
400 -
Danzig is Just Cleaning Up His Motherf*cking Bricks, Bitch