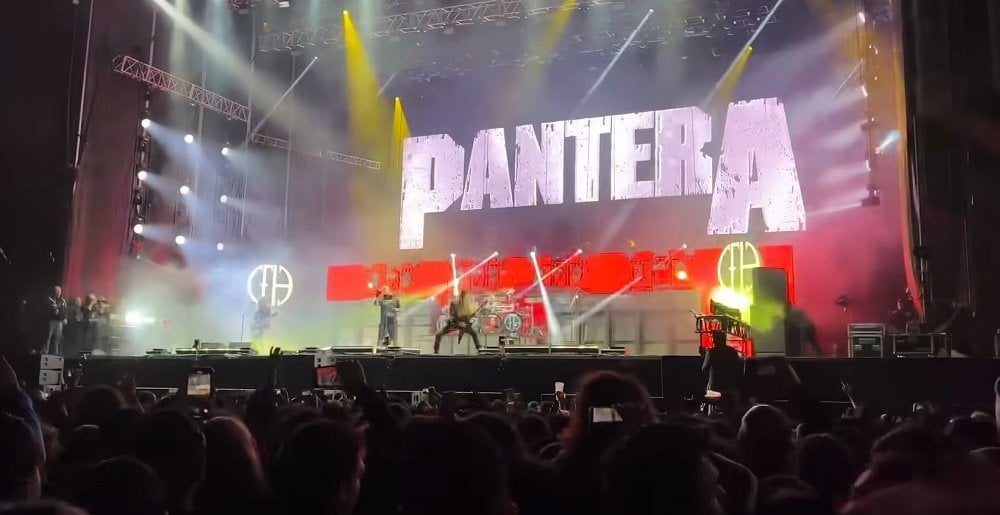 It’s been over 20 years since they last performed, but a new iteration of Pantera took the stage at the Heaven & Hell Fest last night in Mexico and we’ve finally got performance footage to pour over. Our friends over at Metal Injection were on the scene to capture some of the action and from what you can hear in the clips below, they sounded pretty good.

Obviously, Zakk Wylde sounds like Zakk with all the pinch harmonics falling out of his ass on stage, but he certainly knows how to play the damn songs. The rhythm section is tight as hell, but that’s what you get when you combine surviving Pantera member Rex Brown with Anthrax‘s insanely talented (and obscenely underrated) drummer Charlie Benante. And perhaps the biggest wild card in the room, Phil Anselmo, sounds great, which is a bit of a relief. Dude sounds awesome despite his getting up there in age, so that’s fucking awesome to hear.

According to those on the ground, Pantera’s setlist was pretty damn killer and was as follows:

Now, we all know this isn’t a Pantera reunion but the estate of the late Vinnie Paul issued a statement further explaining how the band’s list of shows, including those they’ll open for Metallica, are not a reunion.

“There can never be a PANTERA reunion without Vinnie and Dime. However, there is no better way to celebrate and honor Vinnie and Dime’s legacy, than to bring the music of PANTERA directly to the fans. We are honored that Charlie and Zakk, their very close friends and musical brothers, will share the stage with Philip and Rex, to unleash the power of PANTERA live around the world.”

With the successful return last night, I know I’m chomping at the bit to see these guys in person. Luckily, they’re gonna be hitting a TON of places over the next couple years, the dates of which you can check below. And who knows? Maybe we’ll get some new material too.

Pantera with a side of paradiddles.